Sena-Congress-NCP approached the Supreme Court demanding an immediate floor test but the top court has asked the centre to produce two letters of support relating to the new government in Maharashtra by 10.30 am on Monday 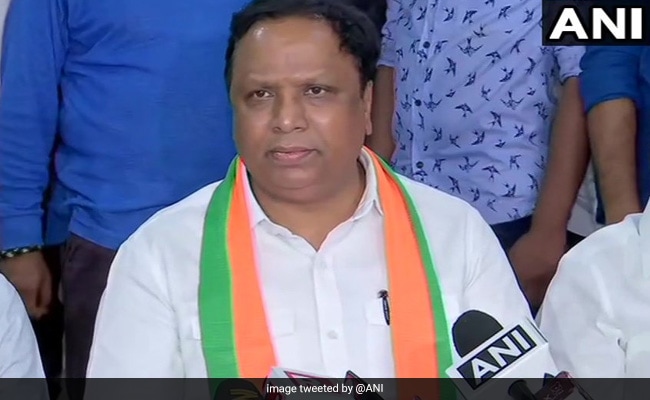 After a meeting of its MLAs this evening Maharashtra BJP lashed out at the Shiv Sena, declaring its former ally had insulted the 'mahayuti' (BJP-Sena alliance). The MLAs also passed a resolution congratulating Chief Minister Devendra Fadnavis on being sworn in for a second straight term. Mr Fadnavis was sworn in in the early hours of Saturday morning in a controversial ceremony that has since been challenged by a Congress-Shiv Sena-NCP alliance in the Supreme Court. BJP leader Ashish Shelar, who was at today's meeting, said the MLAs had also "discussed and decided strategy to comfortably pass our floor test".

"Shiv Sena has insulted the 'mahayuti'. Maharashtra has seen a positive environment after this alliance (BJP-NCP) was formed. In this meeting we discussed & decided the strategy to comfortably pass our floor test... we will form a government for the next 5 years," Mr Shelar, the MLA from Vandre (West), told reporters after the meet.

"The Shiv Sena committed the sin of abandoning Bal Thackeray's thoughts of aligning with the BJP and insulting the popular mandate by going with the Congress and the NCP," he added.

Pandemonium broke out in Maharashtra on Saturday after Sharad Pawar's nephew, Ajit Pawar, led 10-11 MLAs in support of a BJP government that was formed after a series of secretive events that Congress leader Ahmed Patel tore into as "illegal, evil".

A furious Sena-Congress-NCP alliance approached the Supreme Court today demanding an immediate floor test. However, the top court has gone a different way. It has asked the centre to produce two letters - one from Chief Minister Fadnavis claiming majority and another from the Governor inviting him to form the government - by 10.30 am on Monday.

A date for the floor test, which sources had earlier said could be held on November 29, has yet to be announced

With one eye on that test, whenever it may be, the Sena, the Congress and the NCP have all rushed to guard their MLAs by sequestering them in resorts and hotels in Mumbai. NCP MLAs have been moved to the Renaissance Hotel, Sena MLAs are in Lalit Hotel and the Congress has moved its MLAs to JW Marriott. 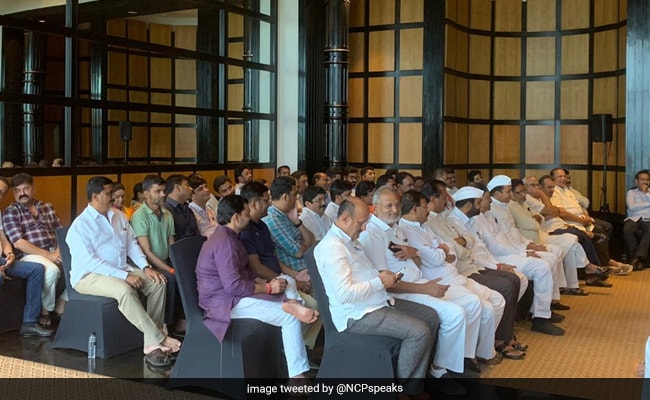 The BJP has 105 seats in the yet-to-be-sworn-in Assembly. The Sena has 56, the NCP had 54 before Saturday's drama and now has around 50, and the Congress has 44, with smaller parties and independents holding the rest. The majority mark in the 288-seat House is 145.

Mr Shelar also said the BJP saw NCP leader Ajit Pawar as a key part of its Maharashtra operations. Mr Pawar, who today tweeted a barrage of thanks to senior BJP leaders, including Prime Minister Narendra Modi and Home Minister Amit Shah, has been missing from NCP meetings since Saturday morning.

"If there is any operation going on in Maharashtra, it is Operation Devendra and Ajit Pawar," he said, in response to questions about the collapse of the Congress-JDS government in Karnataka earlier this year. The coalition broke down after 17 MLAs quit to join the BJP amid claims they had been poached.

Relations between the Sena and the BJP have almost completely disintegrated since last month's election. The two contested the poll together and claimed 56 and 105 seats, respectively. However, they fell out spectacularly over power-sharing talks.

The Sena then approached the Congress and the BJP to form the government. A tripartite meeting between the three appeared to all but settle the question of government formation in the state before Saturday's events led to complete chaos.