"Yes, Mukul Roy telephoned me on Saturday. From what I could hear, he said nothing about me joining the BJP. Instead, it sounded like he wanted to join the Congress," Deepa Das Munshi said. 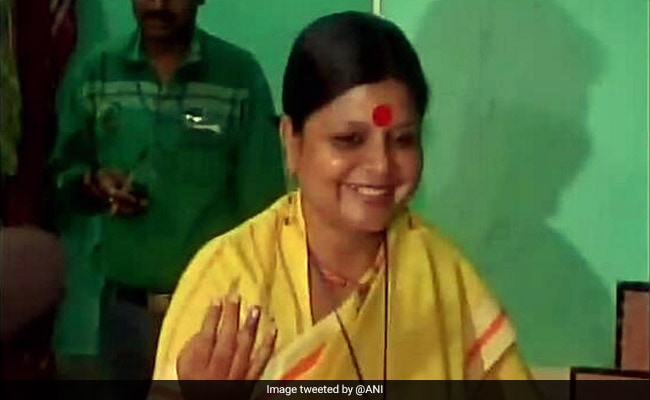 Bengal Congress leader Deepa Das Munshi on Tuesday denied day long reports that she may join the BJP and that she met BJP leaders Mukul Roy and Kailash Vijayvargiya in Delhi on the possibility.

"I am not joining BJP. I am a Congress soldier," Ms Das Munshi told NDTV.

"Yes, Mukul Roy telephoned me on Saturday. From what I could hear, he said nothing about me joining the BJP. Instead, it sounded like he wanted to join the Congress," Ms Das Munshi said.

"It was a very bad line and then the call got disconnected," she added.

The former Congress MP from Raiganj in north Bengal is the wife of the late Congress leader Priya Ranjan Das Munshi who had served Raiganj as MP for several terms. She won there in 2009.

Congress leaders in Bengal suspect it is the BJP's strategy to create confusion among opponents by spreading rumours about "joinees" from rival parties.

"Yes, I think that might be their strategy. One phone call and then rumours," Ms Das Munshi said.

Congress leader Saurabh Sarkar agreed. "No question of Deepa Di joining the BJP. She is of the Congress family. The BJP is just doing some nuisance work, spreading false rumours," he said.

If indeed that is the modus operandi, the BJP chose its target. Deepa Das Munshi was MP from Raiganj in 2009. In 2014, she narrowly lost to CPM's Md Salim. Local Congress leaders expected her to get the Raiganj ticket this time. But the Congress and the CPM are working out a seat sharing deal as part of which the Congress has conceded two seats to the CPM. One of them is Raiganj.

The move has upset local Congress leaders and Ms Das Munshi. But she said she would wait for the Congress high command to take a final call.

Meanwhile, in a similar "operation" on Friday, Trinamool leader Sabyasachi Dutta claimed Mukul Roy invited himself over to his home, requested a meal and, while leaving the house, was met by a number of journalists who appeared before Mr Dutta's house without notice.

Immediately, rumours swirled about Mr Dutta switching sides from Trinamool to BJP. Trinamool Congress chief and West Bengal Chief Minister Mamata Banerjee herself had to step in to resolve it.