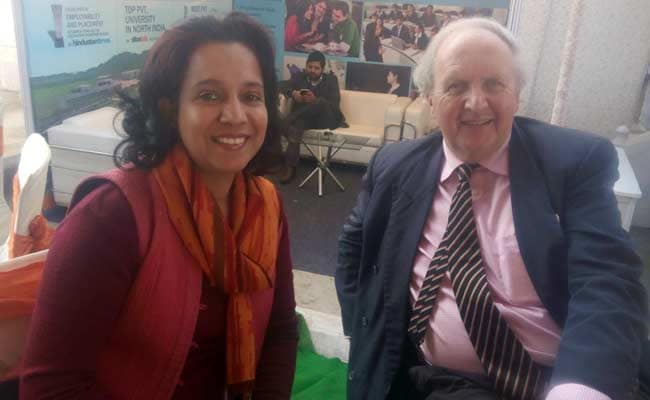 Alexander McCall Smith said his famous lady detective Precious Ramotswe is based on a woman he met in Botswana.

Jaipur: Author of the No 1 Ladies Detective Agency series and creator of the endearing sleuth Precious Ramotswe, Alexander McCall Smith has been described as totally addictive and extremely funny in various reviews.

A Professor of Medical law, today he is famous for the highly successful series of books which has sold over twenty million copies.

His session, named after one of his novels in the Mma Precious Ramotswe series 'The Minor Adjustment Beauty Salon', was among the highlights of the first day at the Jaipur Literature Festival.

Speaking to NDTV, Mr McCall Smith said he was happy to know he has a sizeable readership in India.

"I do hear quite a lot from my Indian readers. I get letters and emails from readers in India and I am very pleased indeed," he said.

The 67-year-old author has lived in Botswana where his No 1 Ladies Detective Agency is set and said his famous lady detective Precious Ramotswe is based on a woman he met in Botswana.

"I met somebody in Botswana many years ago who struck me as being rather resourceful and intuitive a lady and I thought maybe I will write about somebody like her. It wasn't based on her, but like her - traditionally built and otherwise large - an active lady living in Botswana who is very good at sorting out people's problems," he said.

For the Scotsman, a prolific writer who has even been compared to Charles Dickens, it's the characters that matter the most.