PM Narendra Modi was to meet Hassan Rouhani at 3:35 PM (local time). As banquet for the Shanghai Cooperation Organisation (SCO) leaders got extended, the two leaders could not meet, sources said. 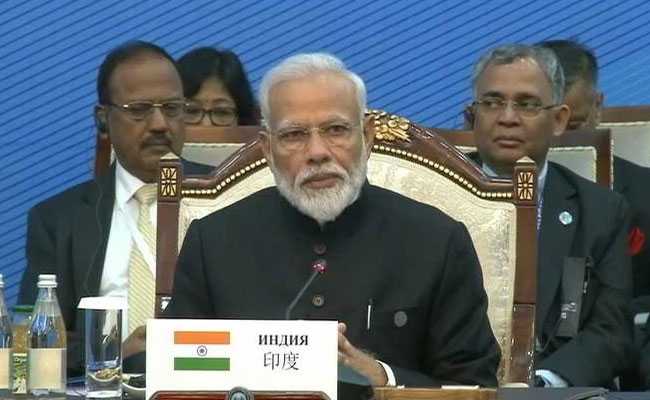 Prime Minister Narendra Modi on Friday could not hold a bilateral meeting with Iranian President Hassan Rouhani on the sidelines of the SCO summit in Bishkek due to scheduling issues, official sources said.

According to a schedule put out by the External Affairs Ministry, PM Modi was to meet Mr Rouhani at 3:35 PM (local time). As banquet for the Shanghai Cooperation Organisation (SCO) leaders got extended, the two leaders could not meet, sources said.

It was expected that PM Modi and Mr Rouhani would discuss a range of issues including the US sanctions on import of Iranian oil and implementation of the Chabahar port project.

The meeting was keenly awaited as it was to take place amid escalating face-off between Iran and the United States on Tehran's nuclear programme.

The six-month-long exemptions from US sanctions to India and seven other countries to buy oil from Iran expired on May 2 as Washington did not extend it.

Early last month, Iranian Foreign Minister Javad Zarif visited India in the wake of the US decision to not continue the exemptions to India and other countries.

In her meeting with Mr Zarif, then External Affairs Minister Sushma Swaraj conveyed to him that India will take a decision on the import of Iranian oil after the Lok Sabha polls, keeping in mind its commercial, economic and energy security interests.

India, the world's third biggest oil consumer, meets more than 80 per cent of its oil needs through imports.

Iran was its third largest supplier after Iraq and Saudi Arabia till recently.

Indo-Iran ties have been on an upswing in the past few years. Prime Minister Modi visited Tehran in May 2016 with an aim to craft a strategic relationship with Iran and expand India's ties with the West Asia.

During the visit, India and Iran signed nearly a dozen agreements, centrepiece of which was a deal on development of the Chabahar port.