Sardar Vallabhbhai Patel Birth Anniversary: The "Run for Unity" this year will mark the 144th birth anniversary of Sardar Patel, the "Iron Man of India". 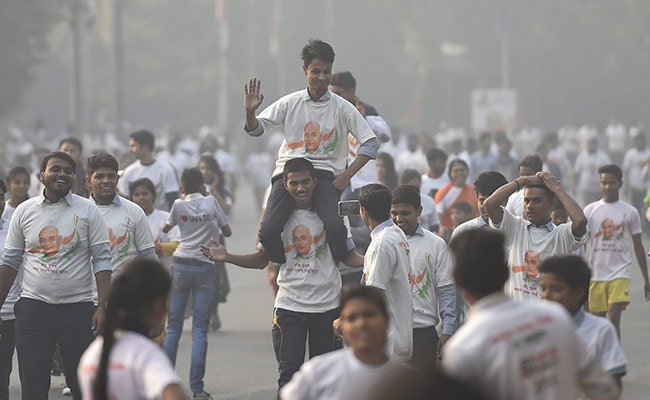 On Sardar Vallabhbhai Patel birth anniversary tomorrow, also called Rashtriya Ekta Diwas or National Unity Day, a "Run for Unity" event, that encourages India to run together, will be orgainsed across the country. Thousands of people, including the top political leaders, will run a marathon dedicated to Sardar Vallabhbhai Patel. The "Run for Unity" this year will mark the 144th birth anniversary of Sardar Patel.

Uttar Pradesh Chief Minister Yogi Adityanath will flag off the "Run for Unity" in Lucknow where the run will start from Sardar Vallabhbhai Patel's statue located near GPO Hazratganj and culminate at KD Singh Babu Stadium.

Sardar Patel, the "Iron Man of India", had dreamt of full integration of Jammu and Kashmir with India and following the scrapping of Article 370, the "Run for Unity" is expected to be bigger and better this year.

In multiple tweets, Yogi Adityanath has invited people to participate in the event in Lucknow in large numbers.

"Join me in "Run For Unity" on 31st October, the birth anniversary of "Lauh Purush" Sardar Patel Ji. This year, the Run is special as after 70 years Jammu & Kashmir's integration with Maa Bharati was complete with scrapping of article 370," Yogi Adityanath tweeted.

The run organised on the birth anniversary of Sardar Patel Ji, provides all of us an opportunity to reaffirm the inherent strength and resilience of our great nation to withstand the actual and potential threats to the unity, integrity and security of our country.

I appeal to you all, especially our youth and school children to participate in large numbers to spread the message of Sardar Patel Ji.

In Delhi, the flag off will of the event will be done by Union Home Minister Amit Shah. The run will begin at Major Dhyan Chand National Stadium and around 15,000 participants are likely to participate in it.  The BJP has directed all its MPs from Lok Sabha and Rajya Sabha to participate in the "Run For Unity" event.

The run may lead to traffic congestion near India Gate. Keeping this in mind, the Delhi Traffic Police has urged people to avoid the C-Hexagon on Rajpath crossing and choose alternate routes.

#RunForUnity to be organised all over the country tomorrow to commemorate birth anniversary of #SardarVallabhbhaiPatel. #RashtriyaEktaDivaspic.twitter.com/lhLlVm70BD

"Since 2014, October 31 is being celebrated as ''National Unity Day''. This day gives the message to protect the unity, integrity and security of our country at any cost. Like every year, Run for Unity is being organised on October 31. People from all sections of society will participate in it," PM Modi had said.