Surendra Nagar, an influential Gurjar leader from western Uttar Pradesh, met senior BJP leaders in parliament after his resignation and is likely to join the party, according to reports. 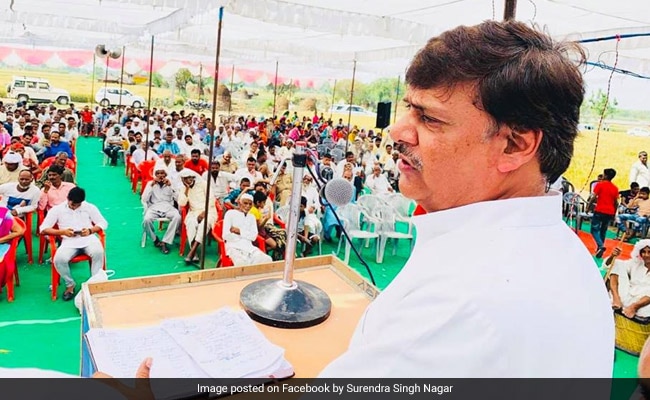 Surendra Nagar's term in Rajya Sabha was to last till 2022

Samajwadi Party's Surendra Nagar resigned from the Rajya Sabha on Friday, becoming the second leader from Akhilesh Yadav's party to quit in less than three weeks.

Surendra Nagar, an influential Gurjar leader from western Uttar Pradesh, met senior BJP leaders in parliament after his resignation and is likely to join the party, according to reports.

News agency PTI, quoting sources, say Mr Nagar may be elected to the Upper House of Parliament by the BJP.

Surendra Nagar's term was to last till 2022. He had joined the Samajwadi Party in 2014.

Last month, the Samajwadi Party's Neeraj Shekhar had resigned from Rajya Sabha and the party, and joined the BJP a day later, on July 16.

The 50-year-old Uttar Pradesh politician quit a year before his term was to end. He had been a member of the Rajya Sabha since 2014 and was due to retire on November 25, 2020.

An election will be held for his seat. The BJP, with its huge majority in Uttar Pradesh, can easily win one more seat in the Rajya Sabha, where the ruling National Democratic Alliance (NDA) is in a minority. With 116 members, the NDA is four short of the majority mark in the Rajya Sabha, which means passing crucial legislation is still a challenge.

Apart from the two Samajwadi Party leaders, Congress's Rajya Sabha member Sanjay Singh quit the party earlier this week and joined the BJP along with his wife.