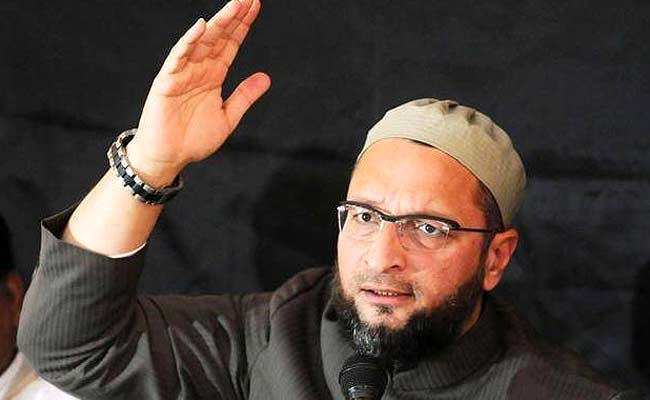 Hyderabad: Under attack, AIMIM leader Asaduddin Owaisi today alleged that the RSS raised the issue of "Bharat Mataki Jai" slogan in a bid to promote "ghar wapsi" even as he clarified that he is not against "Hinduism" but "Hindutva".

He also attacked the Congress for backing suspension of his party lawmaker in Maharashtra Legislative Assembly and adoption of the censure motion in Madhya Pradesh House today against his refusal to chant the slogan.

"RSS' gameplan is nothing but to try to implement what (Hindutva ideologue) Savarkar said in his book on Hindutva. When I made that statement (refusal to chant the slogan), I knew this is what RSS wants to do," the Hyderabad lawmaker told Press Trust of India.

"Even Savarkar says in his same Hindutva book that Hindutva is different and Hinduism is different. Basically, this (raising the slogan issue) is nothing but RSS, by insisting on saying this slogan, this (the issue) is being used and abused for ghar wapsi," he alleged.

Mr Owaisi said no Muslim in the world would pray to his country.

He said Constitution guarantees the freedom of expression, freedom of religion and protection of cultural rights of minorities.

He also lashed out at the Congress for backing suspension of his party legislator Waris Pathan in the Maharashtra Assembly as the resolution to this effect was adopted unanimously by all parties including the Congress and NCP, besides BJP and Shiv Sena.

(This story has not been edited by NDTV staff and is auto-generated from a syndicated feed.)
Comments
All India Majlis-e-Ittehad-ul MuslimeenAsaduddin OwaisiBharat Mata ki Jai