The RSS' economic-wing Swadeshi Jagran Manch said the Bill and Melinda Gates Foundation faces "severe allegations" and does business in the "guise of philanthropy". 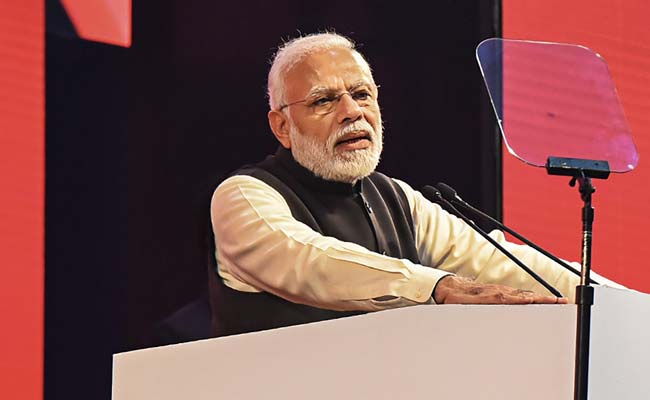 PM Modi will be awarded by the foundation for the Swachh Bharat campaign during his visit to the US.

Prime Minister Narendra Modi should reconsider the award to be given to him by the Bill and Melinda Gates Foundation (BMGF), as it faces "severe allegations" and does business in the "guise of philanthropy", the Rashtriya Swayamsevak Sangh's (RSS) economic wing Swadeshi Jagran Manch said on Monday.

PM Modi will be awarded by the foundation for the Swachh Bharat campaign this month during his visit to the United States.

The campaign was launched by PM Modi in 2014 and it aims to improve the overall cleanliness in the country and make it an open defecation free nation.

Stating that there are "severe allegations" against BMGF of conducting illegal and unethical medical trials to foster their business, Swadeshi Jagran Manch's (SJM) co-convener Ashwani Mahajan requested the prime minister to reconsider the award.

The SJM is an affiliate of the ruling BJP's ideological parent the RSS.

Ashwani Mahajan in a tweet alleged that BMGF has a "shady past" and added that "it is doing business in the guise of philanthropy..."

"They are also under severe allegations of conducting illegal and unethical medical trials to foster their business," he said.

The SJM has been critical of BMGF and its operations in India. It has also formally complained against the foundation to the BJP government.