New Delhi: In a sudden address to the nation, Prime Minister Narendra Modi has announced that starting midnight, existing Rs. 500 and Rs. 1,000 notes can no longer be used for any transactions.

They must be deposited, starting Thursday and through December 30, at post offices and banks, he said, describing the move as essential to fight "the disease of black money." 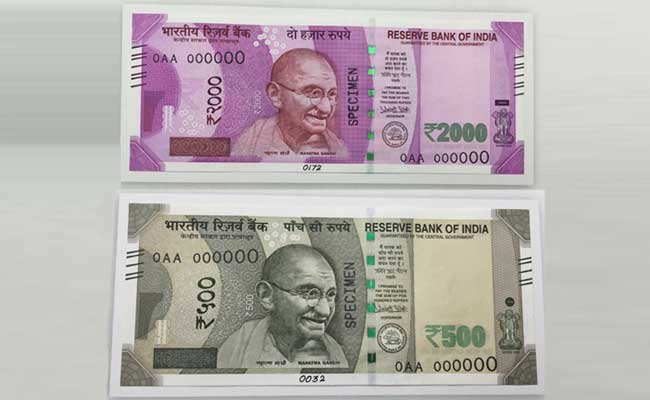 "Your money will remain yours...you need have no worry on this account," PM Modi said, stressing that the new notes will be in limited supply at first and will then be increased.

He spoke first in Hindi and then in English to share the details of the new policy.

For now, notes currently in use can be traded for upto Rs. 4,000 till November 24 and for larger amounts thereafter. Against notes that are deposited, withdrawals of upto Rs. 10,000 a day or 20,000 a week will be permitted for now.

PM Modi, urging the country to bear with "temporary hardships" in the implementation of the new rule, said that banks will be closed to the public tomorrow and ATMs will not work in some places for the next 48 hours and withdrawals will be limited till Friday to Rs 2,000.

The PM said that though India is now "a global bright spot" with its fast-growing economy, corruption and black or undeclared money "are the biggest obstacles to our success."

"We are No 1 in rate of economic growth," he said, while adding that despite some progress, India still ranks at No 76 in world rankings for perception of corruption.

Promoted
Listen to the latest songs, only on JioSaavn.com
PM Modi said that since his government was elected, 1.25 lakh crores of black money "belonging to the corrupt" has been uncovered, through a series of measures including a voluntary disclosure scheme which has seen a good response.

The PM said that fake Rs 500 notes are employed "by the enemy across the border" to sponsor deadly attacks.