Chief Minister Vasundhara Raje launched the new campaign by installing the earthen pots at Jawahar Circle in the city. 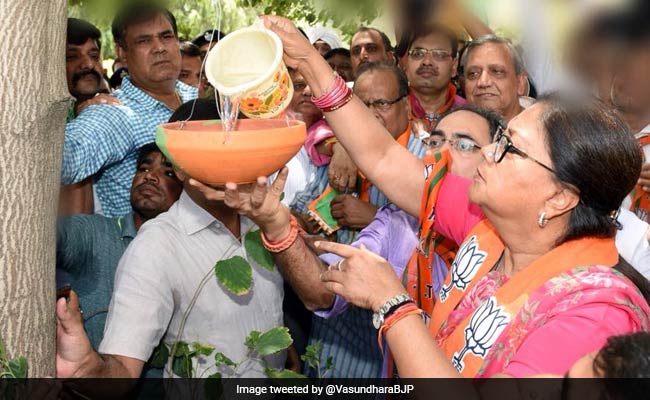 Jaipur: The Rajasthan government is hanging water pots painted saffron for thirsty birds to take a sip, opening itself to accusations that it is bent upon 'saffronisation'.

Chief Minister Vasundhara Raje today launched the new campaign by installing the earthen pots at Jawahar Circle in the city.

She also opened a Kamal piao, a drinking water kiosks for people that carries a Bharatiya Janata Party banner with a picture of its election symbol - the 'kamal' or the lotus.

Assembly elections in the state are just months away. 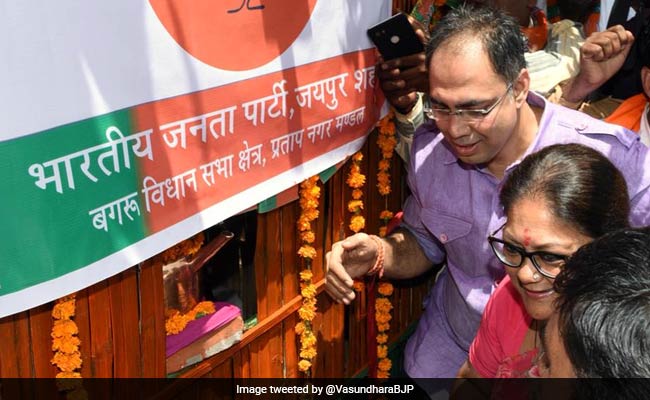 The colour of the pots has raised eyebrows.

It is a good initiative by the government which will quench the thirst of birds and people. But unlike humans, birds don't recognise colour. So the motive is clear, animal activist Babula Jajoo said.

About a year back, the BJP-run government had begun distributing bicycles painted orange to schoolgirls in a bid to reduce the dropout rate.

The Congress had then termed it an attempt to "saffronise" education.

Promoted
Listen to the latest songs, only on JioSaavn.com
Rajasthan Health Minister Kalicharan Saraf said the plan to set up 'piaos' for birds and people will be extended from Jaipur to the entire state very soon.

Jaipur Mayor Ashok Lahoti said pots and 'piaos' will come up in 91 wards of the city. He refused to comment on the colour of the pots.