Rising Kashmir editor-in-chief Shujaat Bukhari, 52, was given police protection after an attack on him 18 years ago. He was described as a strong advocate of peace in Kashmir

Shujaat Bukhari was shot by unidentified gunmen at the Press Colony in Srinagar.

Shujaat Bukhari, a senior journalist known to be a fearless voice in Kashmir, was shot dead last evening in an attack that has left the nation in shock and journalists numb with grief. The 52-year-old editor-in-chief of Rising Kashmir was killed by three terrorists on a bike, seen on CCTV footage carrying weapons in a sack. Mr Bukhari was leaving his office in Srinagar's Press Enclave when he was hit by multiple bullets fired at close range.

The killers, their faces hidden by helmets and masks, were waiting to strike, the police said. His two security men were also killed in the attack.

Waseem Ahmad, a local journalist, told Reuters that he heard gunfire ringing out and found Mr Bukhari and his guards in their car, wounded and blood pooled around them. After emptying their magazines, the attackers escaped.

Hours later, the state police released the CCTV images of the three suspects. "In connection with the today's attack at Srinagar's Press enclave, police requests the general public to identify the suspects for the purpose of the police investigation," they said in a statement. 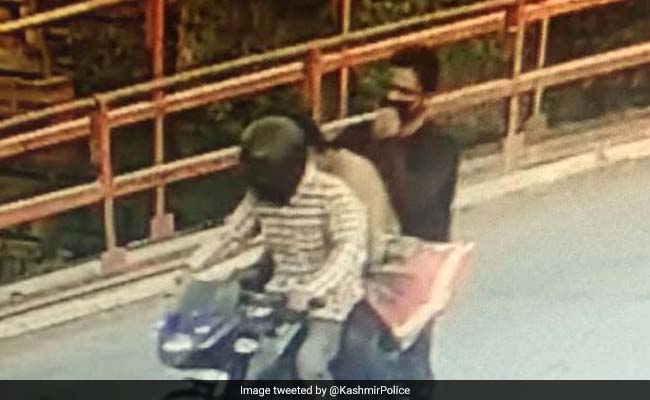 A stream of mourners this morning visited the home of the veteran journalist, who has a son and a daughter.

Mr Bukhari was given police protection after an attack on him 18 years ago. He was described by colleagues, politicians and fiends as a strong advocate of peace in Kashmir. He had been part of India's delegation for informal peace talks on Kashmir with Pakistani representatives held in Dubai last year. He was also instrumental in organising several conferences for Kashmir peace.

Mr Bukhari's final tweet just a few hours before his killing, was a link to his website's reporting of the UN human rights chief slamming both India and Pakistan for human rights violations in Jammu and Kashmir and Pakistan Occupied Kashmir. 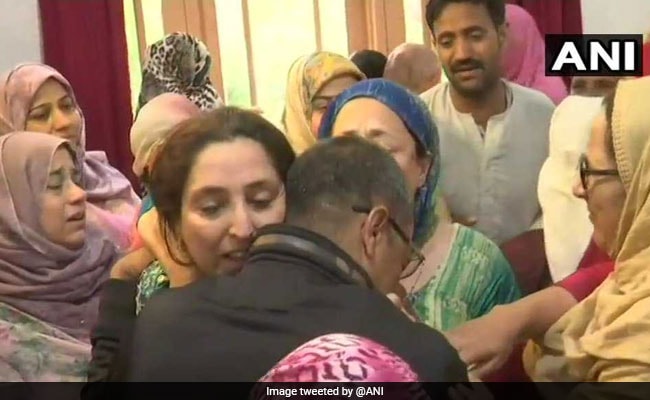 This morning, his newspaper Rising Kashmir came out with an edition carrying the full-page photograph of its editor-in-chief against a black background. The page carried a message: "You left all too sudden but you will always be our leading light with your professional conviction and exemplary courage. We won't be cowed down by the cowards who snatched you from us. We will uphold your principle of telling the truth howsoever unpleasant it may be...Rest in peace!"

In a series of tweets, former Chief Minister Omar Abdullah praised the spirit of the newspaper's staff.

The show must go on. As Shujaat would have wanted it to. This is today's @RisingKashmir issue. That Shujaat's colleagues were able to bring out the paper in the face of insurmountable grief is a testament to their professionalism & the most fitting tribute to their late boss. pic.twitter.com/ADP70D4F1q

The killing was an "act of cowardice", said Home Minister Rajnath Singh, who had chaired a security review meeting for Jammu and Kashmir on Thursday.

"Only a few days ago he had come to meet me," said Jammu and Kashmir Chief Minister Mehbooba Mufti, who appeared to fight back tears.

"Terrorism has hit a new low with Shujaat's killing," Ms Mufti tweeted. "We must unite against forces seeking to undermine our attempts to restore peace. Justice will be done." 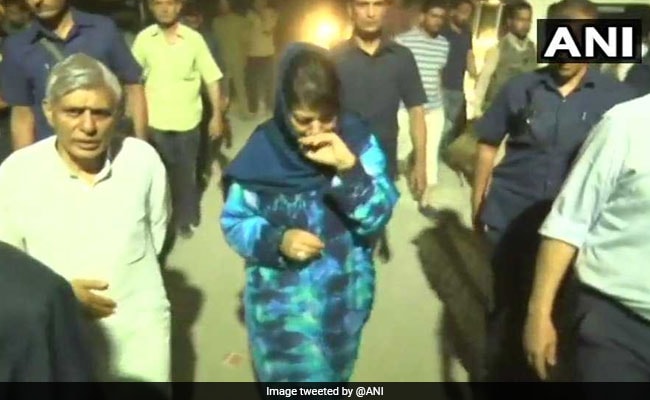 The killing took place on a day the government held discussions on whether to continue a ceasefire by security forces for Ramzan.

"This is a grave attack on press freedom and democratic voices," the Editors Guild of India said. "Forces inimical to restoring peace in the Kashmir valley have silenced a voice of reason, logic and peace," added the Press Club of India.