Binalakshmi Nepram, who once worked for Oxfam, co-founded in 2004 the Control Arms Foundation of India (CAFI), an civil society organisation working on disarmament and opposing militarisation. 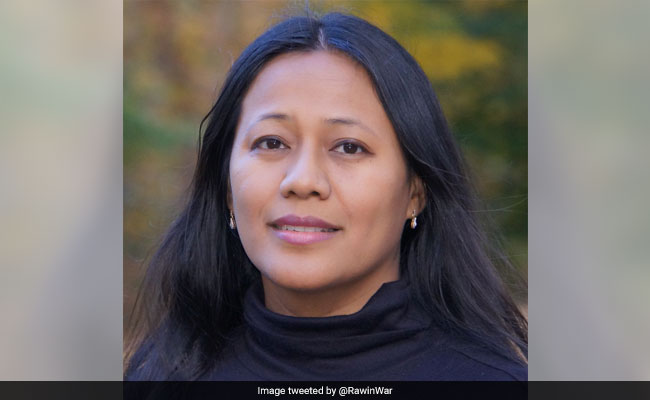 Binalakshmi Nepram said she had to leave India for her own security and now lives in the US.

Binalakshmi Nepram, a rights activist supporting women survivors of violence in northeast India, was named on Thursday as one of two winners of an annual award recognising female human rights workers.

The award recognised the women's bravery in speaking out and defying "injustice, violence and extremism ... in 'forgotten' armed conflict in their regions", said RAW in WAR, a UK-based charity supporting women human rights defenders and war victims.

Both women have suffered death threats or persecution which forced them to leave their home countries.

Ms Nepram said she had to leave India about a year ago for her own security and now lives in the United States.

"I do not want to be a statistic in a body bag," she said.

Binalakshmi Nepram, who once worked for Oxfam, co-founded in 2004 the Control Arms Foundation of India (CAFI), an civil society organisation working on disarmament and opposing militarisation.

Three years later she launched the Manipur Women Gun Survivors Network, which has helped more than 20,000 women deal with decades of armed conflicts and ethnic violence in the northeast Indian state of Manipur on the border with Myanmar.

She set the group up after seeing the fallout of the killing of a 27-year-old man in a village in southern Manipur, who left behind his young wife Rebika Akham. Nepram helped Akham buy a sewing machine so that she could secure a living.

But Binalakshmi Nepram said the group's work has extended beyond helping those who have lost fathers, husbands and sons in the violence to also assist women and girls raped and sexually assaulted in the ongoing conflict.

"Every day the violence continues unabated ... with our region seeing some of the highest numbers of rape and women trafficked in the country," she said.

"In this conflict, a lot of girls and women are subjected to sexual abuse and there is a climate of impunity."

Her co-winner, Alexievich, 70, won the 2015 Nobel Prize for Literature for her portrayal of the lives of Soviet women during World War Two, as well as the impact of the Chernobyl nuclear disaster and the Soviet military adventure in Afghanistan.

She lived in exile for many years because of her criticism of the Belarusian government but returned home in 2011.

The award marks the 12th anniversary of the killing of Politkovskaya, a Russian investigative reporter who uncovered state corruption and rights abuses, especially in Chechnya.

She was shot dead in the lobby of her Moscow apartment block at the age of 48 on October 7, 2006.