Researchers In Uttarakhand To Inspect Lake Formed After Avalanche

The team led by USAC Director MPS Bisht and consisting of four scientists each from the Geological Survey of India and Uttarakhand Space Application Centre will try to reach the lake on foot by Saturday evening or Sunday. 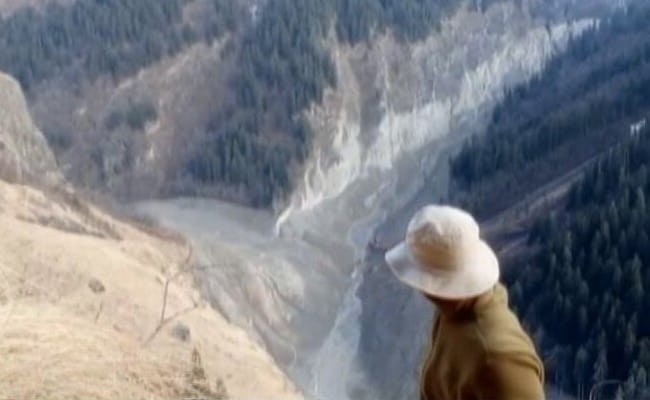 A team of researchers arrived in Pang village on Saturday to inspect the artificial lake formed over Rishiganga after the recent avalanche and gauge how big a threat it poses to areas downstream.

The team led by USAC Director MPS Bisht and consisting of four scientists each from the Geological Survey of India and Uttarakhand Space Application Centre will try to reach the lake on foot by Saturday evening or Sunday.

With roads in the area around Raini Gram Panchayat washed out in the recent flash flood and vast stretches turned into swamps, the team is being accompanied by a mountaineer from the Nehru Institute of Mountaineering and SDRF jawans to ensure their safe journey to the lake.

"We will inspect the lake formed over Rishiganga by the huge volume of sludge that came from Rauthi stream due to the avalanche," USAC Director Bisht told PTI.

"We hope to reach Udiyari by the evening which is located above the lake. By Sunday, we may reach the lake to inspect it and take its geographical measurements. How big a threat the lake can pose to the population living downstream of Rishiganga is something that can be measured only by how much water it contains," he said.

Sonographic equipment from the Indian Navy are being used to measure how much water is contained in the lake, he said.

Sonography experts from Hyderabad are also expected to measure the volume of water in the lake, Mr Bisht said.

Mr Bisht said his team will also incorporate the findings of a DRDO team which has visited the lake into its analysis.