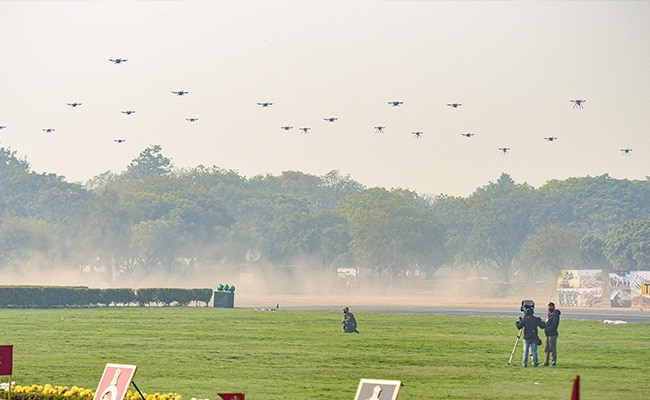 Republic Day: Defying the order shall be punishable, the order concluded.

The Delhi-National Capital Region has been put under a "very high-security" cover after police received inputs from Intelligence agencies about a possible terror attack, officials said on Tuesday.

There is a possibility of terrorist airstrike in the national capital due to which the order has been issued, said Delhi Police Commissioner Rakesh Asthana.

The Delhi Police has implemented the precautionary order after getting constant inputs from security agencies that terrorists can carry out airstrikes on the general public, dignitaries, and vital installations.

Defying the order shall be punishable, the order concluded.

The Republic Day parade will be held next week on a new-look Central Vista with changes for the first time to an iconic British-built part of Delhi. The government is racing against time to get the ceremonial road Rajpath partially ready for the annual January 26 show of India's military might and culture.

After the improvised explosive device (IED) was found at Ghazipur Flower Market ahead of Republic Day and later diffused on January 14, the Delhi Police have fortified areas in and around Rajpath with multi-layer security cover, installed facial recognition systems (FRS) and over 300 CCTVs.