Today's meeting takes off from the unprecedented display of unity in the monsoon session, which saw a united opposition taking on the government over issues like the Pegasus scandal, rising fuel prices and the farmers' agitation over three central laws. 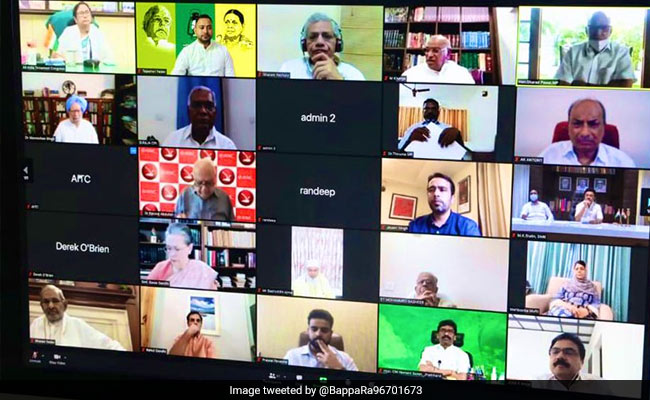 New Delhi: Nineteen political parties today joined a virtual meet called by Congress President Sonia Gandhi - an initiative meant to signal Congress readiness to corral the opposition and lead the charge against BJP. A joint statement summed up their demands.

Here are the 11 demands put forth by the Opposition:

Man Trampled To Death In Elephant Attack In Chhattisgarh