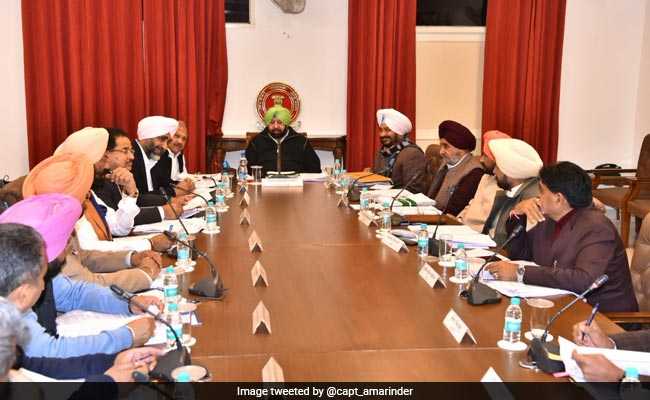 Punjab Chief Minister Amarinder Singh at a meeting before the budget announcement.

With the Lok Sabha elections just around the corner, the Congress-led Punjab government today announced reduction in fuel prices, new schemes for farmers, young people and members of the Scheduled Castes as it presented the state budget today.

While presenting the budget, state Finance Minister Manpreet Singh Badal said that the Congress government has brought Punjab on a path to fiscal recovery and said the SAD government had left the state in a mess.

In a major move, the government, while banking on buoyancy in revenue and better cash flow management, announced reduction in petrol prices by Rs 5 per litre and diesel by Re 1 per.

The Finance Minister presented the budget with a total outlay of Rs 1,58,493 crore, including a ''ways and means'' transaction of Rs 32,000 crore. The transaction is a credit facility extended by the RBI to the states.

Though with little "fiscal space" in the wake of high committed expenditures, the finance minister said the government has tried to provide something to each segment with the launch of new schemes such as ''Make in Punjab''.

Mr Badal, while talking to reporters later, said after the reduction in fuel prices, Punjab will become the state with the cheapest fuel in north India. The new prices will be effective from Monday midnight.