Earlier the India Meteorological Department (IMD) officials predicted that it will take a turn in the Bay of Bengal but, unexpectedly the cyclone is going to reach and touch the Kakinada coast, an official said. 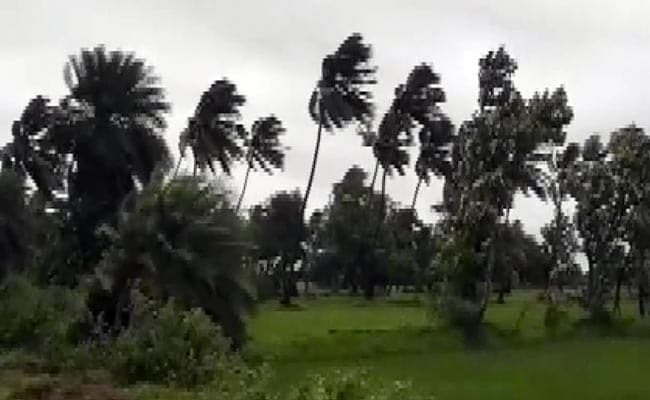 She added that earlier the India Meteorological Department (IMD) officials predicted that it will take a turn in the Bay of Bengal but, unexpectedly the cyclone is going to reach and touch the Kakinada coast.

"In the coming hours, it will move towards NW direction and almost near Andhra Pradesh coast. Tomorrow morning it will change its direction and move in the North-Northeast direction and touch the Kakinada coast-east Godavari coast-and then move along parallel to Visakhapatnam coast in NE direction," said Sunanda.

The official further said that due to the cyclone effect, IMD has given danger signal number 10 to the Kakinada, Ganagavaram and Bhimunipatanm ports. It also gave a red warning alert to the districts of Andhra Pradesh including Visakhapatnam, East Godavari, West Godavari, Krishna and Guntur for heavy rains accompanied by wind.

With this, IMD has also alerted the people about damage and power cut due to wind and heavy rains.

It stated that there is a possibility of damage to thatched huts, minor damage to kutcha and minor damage to Pucca roads. Some crops of paddy crops, bananas, papaya trees, and orchards might also get damaged due to the cyclone.

Some areas might experience power cuts and a halt in communication lines as the branches of trees might fall on them damaging the lines, alerted IMD.

It suggested to people to stay in a safer place and avoid going to places with severe water-logging problems and asked to abide by the traffic rules and advisory issued in the regard along with keeping a track of the traffic congestion before leaving the house.