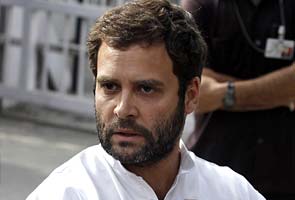 New Delhi: The Supreme Court has dismissed a case against Congress leader Rahul Gandhi, who had been accused by another politician of kidnapping a girl in Uttar Pradesh and gang-raping her with his friends.

The court said that Mr Gandhi's reputation had been damaged by the lawsuit.

"The allegation is without substance and without an iota of evidence," the judges said. They fined the petitioners Rs.10 lakh. Half of this penalty is due to Mr Gandhi, the other is meant for the girl who he said had been raped.

Kishore Samrite - a former Samajwadi Party state legislator in Uttar Pradesh - had alleged that on December 3, 2006 Rahul Gandhi and his six friends who were in Amethi, had abducted a girl and raped her.

The CBI was asked to investigate the allegations last year by the Allahabad High Court which was hearing the case at the time. The investigating agency told the Supreme Court last month that the charges against Mr Gandhi are baseless. The CBI also said that websites that first accused Mr Gandhi originated in or are hosted in foreign countries.

Some of those websites were cited by Mr Samrite in his case.