"If Officials Don't Respect, Hit Them With Shoes": UP BJP Legislator

Ramratan Kushwaha, the BJP legislator, was addressing a gathering of party workers when he made the comment. 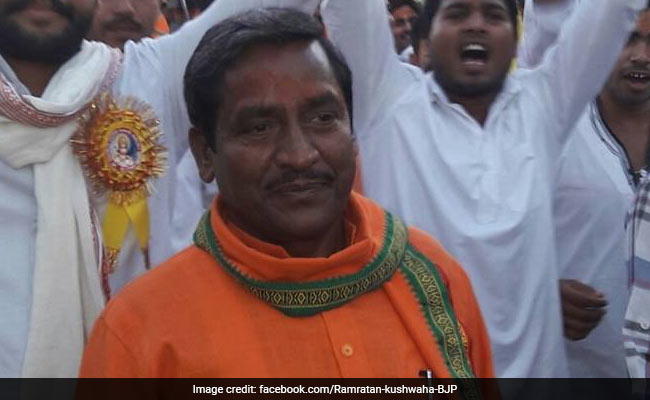 A BJP legislator advised party workers to hit government officials with shoes if they don't accord respect. He also issued a threat to officials who, he said, were inclined to the Samajwadi Party and the Bahujan Samaj Party's ideologies, saying they should be wary of him.

"If government employees don't respect our workers, then take off your shoes and hit them because there is a limit to patience," Ramratan Kushwaha, Lalitpur legislator, was quoted by news agency ANI as saying.

The BJP leader was addressing a gathering of party workers when he made the comment.

He alleged their were bureaucrats and police officials who misbehaved with party workers.

#WATCH: Ramratan Kushwaha, BJP MLA from Lalitpur at a party event says,"If government employees don't respect our workers, then take off your shoes and hit them because there is a limit to patience." (June 4) pic.twitter.com/o889Y1Wl1q

"I have information about bureaucrat and police officials with SP and BSP ideologies, who misbehaved with our workers during the elections, threatened our volunteers and asked them to join their party. They should stay wary," he added.

"Keep in mind I do what I say," Mr Kushwaha warned.

Mr Kushwaha had won from Lalitpur constituency in 2017 UP assembly elections in which the BJP had scored a landslide victory.

The SP and BSP had stitched an alliance in the state to stop the BJP from getting another stellar win in the Lok Sabha elections. They, however, managed to get only 15 seats of the 80, with BJP winning 62.