Ram Navmi 2018: Why Is Ram Navmi Celebrated? What Is Its Importance? - Complete Details About Ram Navmi

Ram Navami 2018: It is celebrated on the ninth day of Shukla Paksha (or bright phase of the lunar fortnight) in the month of Chaitra (mid-march) of the Hindu or Lunar calendar. 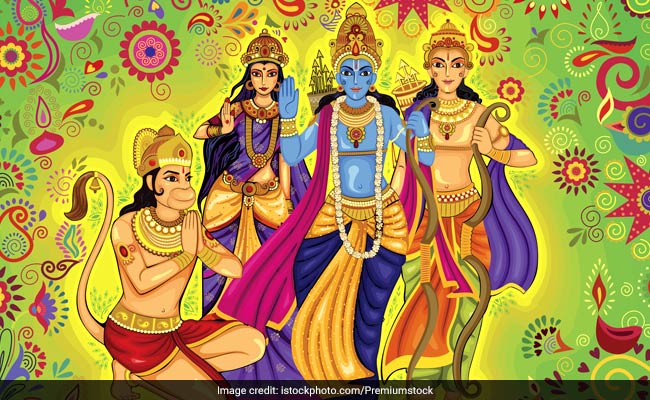 On Ram Navami celebrations, people come together to celebrate harmony and peace.

Understanding Who Lord Ram (Lord Rama) Was:
According to India's ancient Hindu scriptures, the Lord (Vishnu - the preserver), through time, descends from his heavenly abode in his various incarnations or avatars, to show all the beings of the world the path of truth and righteousness; and to ensure that good triumphs over evil. Vishnu is one of the principal deities of Hinduism, and is considered the supreme being in its Vaishnavism tradition. Vishnu is the 'preserver' of the universe in the Hindu trinity that includes Brahma (the 'creator' of the universe) and Shiva (the 'protector' or 'destroyer' of all evil). Lord Ram (Lord Rama) was an incarnation or avatar of Vishnu.

What Is Ram Navami (Rama Navami)? When Is It Celebrated? And Why Does It Fall On A Different Date Each Year?
Ram Navami is the festival that celebrates the birth of Lord Ram. It is celebrated on the ninth day of Shukla Paksha (or bright phase of the lunar fortnight) in the month of Chaitra (mid-march) of the Hindu or Lunar calendar. This typically occurs in the Gregorian months (the most commonly used calendar worldwide) of March or April every year. Ram Navami falls on a different day and date every year because it is based on the Hindu or Lunar calendar, in which every month is 28 days (based on the lunar cycle). Hence the day and date changes every year on the Gregorian calendar which is used worldwide today.

When Is Ram Navami 2018? (Rama Navami 2018?), What Are The Timings For Puja (Puja Muhurat)?
Ram Navami 2018 (Rama Navami 2018) will be celebrated on Sunday, March 25, 2018 and extend into the early morning of Monday, March 26, 2018. The timings for puja or puja muhurat on Ram Navami 2018 are (All times are Indian Standard Time or IST):Why Is Ram Navami (Rama Navami) Celebrated? A Brief History
Ram Navami or Rama Navami is celebrated to mark the descent of Lord Vishnu in the avatar of Lord Ram, who was born in the kingdom of Ayodhya to Queen Kausalya and King Dasharatha, in the 'Treta Yuga' (or Treta Yug). Ayodhya was the capital of the Kingdom of Kosala in Avadha (known as Awadh in Uttar Pradesh). Mention of Lord Ram (Lord Rama) is not only found in ancient Hindu texts, but also in texts of Jainism and Buddhism. Lord Ram is the central figure of the ancient Hindu epic Ramayana - a text that not only has significance in India, but in cultures throughout South and Southeast Asia.

Promoted
Listen to the latest songs, only on JioSaavn.com
How To Perform The Ram Navami (Rama Navami) Puja Vidhi And Mantra Japa?
A prayer or puja vidhi, if performed as per the scriptures during Ram Navami (Rama Navami), is considered very auspicious. The Ram Navami Puja (Rama Navami Puja) includes the sthapana or installation of the Kalash (Kalash Sthapana) as well as the Panchang (Panchang Sthapana). These pujas include the Gauri Ganesh, Punyavachan, Shodash Matrika, Navgraha, and Sarvotabhadra. The recitals also include the Yogini Pujan (64 times), Shetrapal Pujan, Swasti Vachan, and Sankalpa.
The puja also includes 108 chants of each planetary mantra, 108 paaths of the Ram Raksha Strota, the Ram-Sita Pujan and recitation of the Sunderkand paath. The puja ends with a yagna, aarti and pushpaanjali.