Supreme Court will begin the hearing of Ram Janambhoomi - Babri Masjid case. A batch of 13 appeals had been filed in the top court against the Allahabad High Court verdict that directed division of 2.77 acres of land of the disputed Ram Janmabhoomi-Babri Masjid site in Ayodhya into three parts. A Special bench of Justices Dipak Misra (CJI), Ashok Bhushan and S Abdul Nazeer will begin the final hearing of the case.

On December 6, 1992, hundreds of right wing activists razed the 16th-century Babri mosque claiming it was built on a temple marking the birthplace of Lord Ram. The mosque demolition changed the face of Indian politics, and the dispute is still being heard in courts.

The Supreme Court suspended the High Court's verdict in 2011, but has yet to begin hearing appeals by the parties involved. In March, then Chief Justice JS Khehar to negotiate a settlement out of court and offered his services as a mediator.

Dec 05, 2017 16:20 (IST)
"Final Hearing" Starts February 8, 2018
The Supreme Court will from February 8 next year begin what it has described as the "final hearing" over the disputed Ayodhya site that is claimed by both Hindus and Muslims. Tomorrow is the 25th anniversary of the demolition of the 16th-century Babri Masjid at the site on December 6, 1992. Litigants on both sides have said they hope for a verdict soon.
Dec 05, 2017 13:23 (IST)
Ayodhya Case: Supreme Court Likely To Decide Final Hearing Date Today
On December 6, 1992, thousands of right-wing activists razed the Babri Masjid in Ayodhya, claiming it was built on a temple marking the birthplace of Lord Ram which was destroyed in the 16th century. 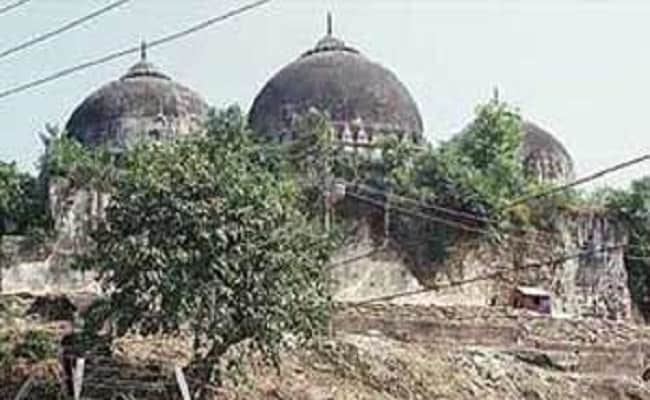 Dec 05, 2017 12:35 (IST)
In 2010, the Allahabad High Court accepted that the disputed site of 2.77 acres was the birthplace of Lord Ram. It said two-thirds of the land should be allotted to two Hindu organisations, and the remainder to Muslims. While Hindus want to build a Ram Mandir or Ram temple, Muslims say they should be allowed to construct a new mosque.
Dec 05, 2017 12:26 (IST)
Here is the timeline of the issue: