The anniversary of the famous legendary battle is celebrated on November 18. 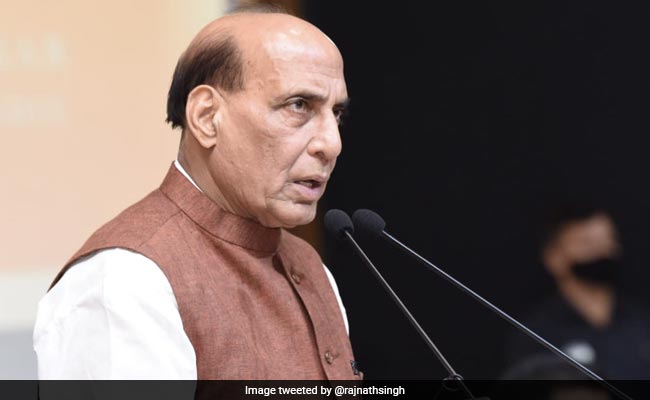 Rajnath Singh would be visiting Leh on November 18. (FILE)

On the 59th anniversary of the battle of Rezang La in which troops of 13 Kumaon led by Major Shaitan Singh defeated many waves of the Chinese army during the 1962 war, India would be getting a newly revamped war memorial there to be inaugurated by Defence Minister Rajnath Singh on November 18.

The anniversary of the famous legendary battle is celebrated on November 18.

"The Rezang La war memorial in Eastern Ladakh sector was a small one and it has now been expanded. It will now be much bigger than before and would be out on the tourist map of the Ladakh union territory," Indian Army officials said. Now the common public including the tourists would be allowed to go to the memorial and border areas which would further popularise the legendary battle.The Defence Minister would be inaugurating the war memorial on November 18 along with the Chief of Defence Staff Gen Bipin Rawat who would be accompanying him there, they said.

The Defence Minister would be visiting Leh on November 18, and from there, he would visit Jhansi where Prime Minister Narendra Modi would be taking part in the closing ceremony of the Rashtriya Raksha Samarpan Parva on the 193rd birth anniversary of Rani Laxmibai of Jhansi.

A major three-day event involving the defence forces along with defence equipment display would be held from November 17-19.

The move to inaugurate the revamped war memorial in Rezang La is seen as India's show of strength in the area which is very close to the Chinese territory and is visible from the other side of the Line of Actual Control (LAC).