"Felt Like I Was Political Prisoner, Had Done Nothing Wrong": Rajat Gupta

Rajat Gupta was sentenced to two years in prison after being found guilty in 2012 of passing confidential boardroom information about Goldman Sachs to then hedge fund founder Raj Rajaratnam, who is currently serving 11 years in jail for insider trading. 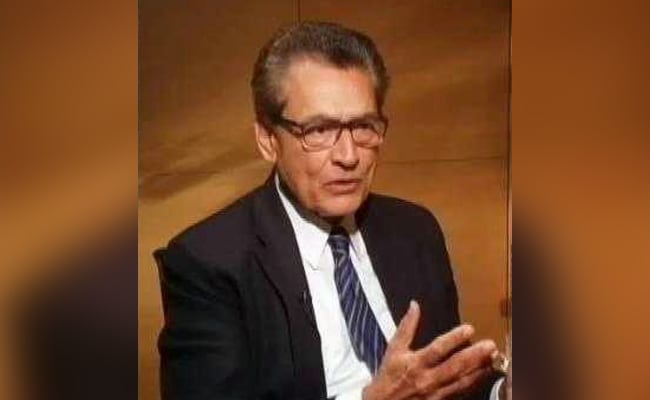 Rajat Gupta also revealed that he was kept in confinement for weeks in an American federal prison.

India-born former Goldman Sachs director Rajat Gupta, who served 19 months in US jail for insider trading, has blamed the prosecution led by Indian-American former New York Attorney Preet Bharara for conducting the case in an "disingenuous and untruthful" manner, saying he felt like a "political prisoner".

Rajat Gupta, 70, also revealed that he was kept in solitary confinement for weeks in an American federal prison which, he termed, was "brutal".

He was sentenced to two years in prison after being found guilty in 2012 of passing confidential boardroom information about Goldman Sachs to then hedge fund founder Raj Rajaratnam, who is currently serving 11 years in jail for insider trading.

They were incarcerated in the federal prison in Ayer, Massachusetts.

Rajat Gupta served 19 months in prison and was released in 2016.

The former managing director of McKinsey penned his memoir ''Mind Without Fear'' that released on Monday and tells of his dramatic rise to the top of the corporate and financial world in America and then his fall after being charged in one of the largest insider trading cases in the US.

Rajat Gupta will be discussing his book and his experiences with a New York audience on Thursday at a book launch event organised by leading arts and cultural organisation the Indo-American Arts Council (IAAC).

"I felt like I was a political prisoner. I felt like I had done nothing wrong, it''s just my destiny to be here (in prison)," Rajat Gupta told PTI.

The insider trading case against Gupta was prosecuted by India-born Bharara, the then US Attorney for the Southern District of New York, pitting the two Indian immigrants against each other.

Rajat Gupta blames the prosecution for "lying" and exaggerating to win the case "at any cost".

"The issue is not Preet Bharara. The issue is the whole system. This system is misaligned, the way he handled the case. It was very cleverly done," Rajat Gupta said.

He elaborated that he was charged a week before Rajaratnam's trial.

"I was tried in absentia at the Rajaratnam trial with no opportunity to defend myself. That''s the first tactic which is unfair and they should not have done it that way," Rajat Gupta said.

He asserted that the prosecutors "kept lying" and saying that Rajat Gupta was a 15 per cent owner in Galleon International, the hedge fund founded by Rajaratnam and that was the benefit for him to provide confidential information to him.

"I never owned a single share. I never got any benefit. Even in the appeals memo, they wrote that I was an owner in Galleon. They know that it was not true... because they had gone through all my financial statements, my bank accounts. They didn't find anything, any benefit of any kind. I don't expect the prosecutors to lie but they were lying. That's very unfortunate. The way they conducted the case was disingenuous, untruthful and exaggerated in many ways," Rajat Gupta said.

He said that the prosecutors had rehearsed then Goldman CEO Lloyd Blankfein and other witnesses to say exactly what they wanted to say.

"It was deceitful, it was like win at every cost.

"Nobody has ever heard of an insider trading case when there is no benefit. Zero benefit. It's not like this is the first time I had insider information in my life. I had been advising boards for 40 years. I had inside information, there was never an issue," Rajat Gupta said.

He said that he met Rajaratnam in the Ayer prison and "I told him that he''s the reason I was there".

Rajat Gupta said the two talked about the trial only when they met for the first time in prison.

"We never talked about the trial after that," he said.

Rajat Gupta said he would see Rajaratnam often as they had a common dining hall and same place for exercise. He says he sometimes even played cards with Rajaratnam in prison.

Rajat Gupta said that he was in some ways "very appreciative" of the fact that Rajaratnam didn't take a plea deal when the government had offered him five years off for testifying against Rajat Gupta. But Rajaratnam refused. "He could have made up something. But he said he doesn't want to testify and he has nothing to say as I had done nothing wrong," Rajat Gupta said.

Rajat Gupta feels that the 11-year sentence for Rajaratnam, who is severely diabetic, was too long for a person with ill health.

Talking about his time in prison, Rajat Gupta said the biggest stress for him was being away from his family.

"It was a relatively short sentence. I could see the end of the tunnel," he said, adding that his friends and family used to visit him every week.

Rajat Gupta said he also drew solace from conversations he had with his late father and decided to make the prison experience a "true learning experience".

"It's like a monastery. You go into a monastery and you get better in every dimension," he said, adding that he used to exercise, read and write a lot in prison and tried to help other inmates as much as he could.

"I wanted to become physically, mentally, emotionally, spiritually better and I think I succeeded," he said.

Despite this, he says prison was hard. "Especially solitary confinement. It''s brutal," he said.

Moving forward, Rajat Gupta said he is working on philanthropic issues and involved with institutions that he created such as the Indian School of Business. He is also focusing on work in maternal, child health, water and sanitation in Gujarat as well as criminal justice reform.

"But I'm also 70. I want to spend a little more time with my kids and grandkids. I hope I'm going to slow down," he said, adding that it was difficult to write the book but it was quite a cathartic experience and I''m glad I did it".