Ashok Gehlot has a narrow lead in the 200-member Rajasthan assembly, just one ahead of the majority mark of 101. 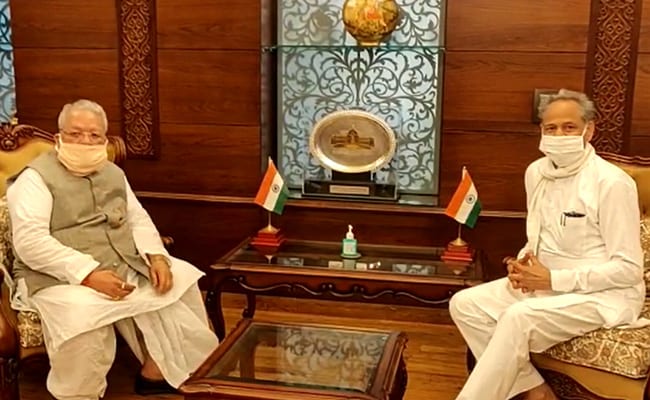 The Governor has decided to convene assembly session from August 14

Nearly 100 Rajasthan Congress MLAs, who have been staying at a hotel near Jaipur, are being moved to Jaisalmer by special flight today. The MLAs - Ashok Gehlot claims the support of 102- will be sequestered at a different location till August 14, when the Rajasthan assembly session begins.

On Thursday, Mr Gehlot claimed that the "rates of horse trading" in Rajasthan have increased after the announcement of the assembly session on August 14. "After the assembly session was announced last night, the rates of horse trading have increased. Earlier, the first instalment was of Rs 10 crore and second was of Rs 15 crore. Now it has become unlimited and all know who is doing horse-trading," Mr Gehlot told reporters.

The Chief Minister, who has been guarding his flock rigorously, believes that he can win a trust vote at this time. He has a narrow lead - one over the majority mark of 101 in the 200-member assembly.

Here are the Updates on Rajasthan Political Crisis:

Jul 31, 2020 21:20 (IST)
If united, why Cong MLAs shifted to Jaisalmer, asks BJP Rajasthan chief
BJP Rajasthan president Satish Poonia on Friday questioned why Congress MLAs were camping in Jaisalmer if they were united, hours after the ruling party in the state shifted its legislators to the border district from here fearing "horse-trading".
"All are united, there is no danger, there is democracy. If everything is fine then why is fortification required and who is for sale? Make their names public. Disbelief in the fortification too! After Jaisalmer from Jaipur, Pakistan is ahead," Mr Poonia said in a tweet.
Jul 31, 2020 17:20 (IST)

Jul 31, 2020 16:51 (IST)
Rajasthan police not allowed to enter Haryana hotels to deliver notices to dissident Cong MLAs
JA team of Rajasthan police's Anti-Corruption Bureau was on Friday not allowed to enter three hotels in Haryana's Gurgaon and Manesar when they went there to serve notices to two Rajasthan Congress MLAs in a corruption case, a senior official said.
The ACB had issued notices to MLAs Bhanwarlal Sharma and Vishvendra Singh, who have been suspended from the party for alleged involvement in a conspiracy to topple the Ashok Gehlot-led government, to appear for investigation, but they failed to do so.
An ACB team, headed by Deputy SP Saleh Mohammad, then went to deliver them the notices at the three hotels in Gurgaon and Manesar where they are said to be staying along with other dissidents including former Rajasthan deputy chief minister Sachin Pilot.
Jul 31, 2020 14:01 (IST)
Now Rajasthan Congress MLAs off to Jaisalmer from Jaipur hotel 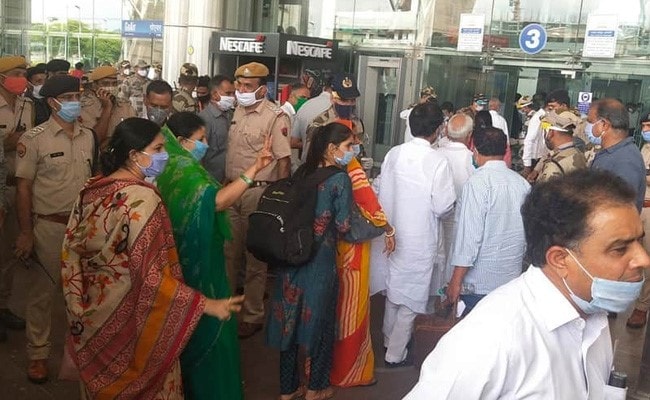 Fifty-three Rajasthan Congress MLAs staying at a hotel near Jaipur have been flown to Jaisalmer by a special flight. The rest will be flown later.
Nearly 100 Rajasthan Congress MLAs were staying at the hotel near Jaipur since Sachin Pilot launched his revolt three weeks ago. They are being flown a day after Chief Minister Ashok Gehlot alleged that the "rates" for buying MLAs were soaring.
Jul 31, 2020 13:22 (IST)