Gulabchand Kataria said that two sections of leaders in the Rajasthan Congress -- one headed by Ashok Gehlot and another by Sachin Pilot -- had been at loggerheads with each other since months. 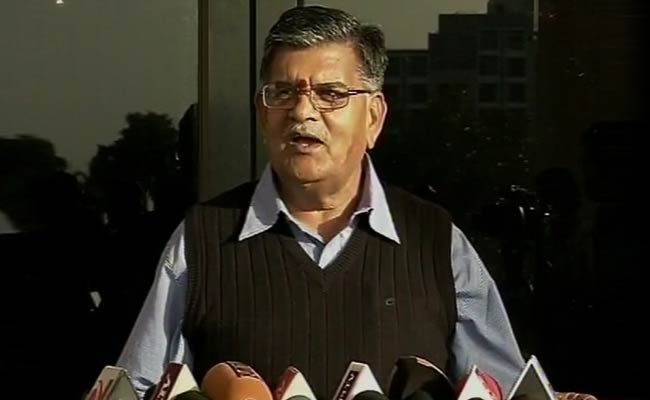 Leader of Opposition and BJP MLA Gulabchand Kataria said the BJP has no role in Congress infighting.

Leader of Opposition and BJP MLA Gulabchand Kataria on Friday said that the Rajasthan Assembly may see a repeat of Karnataka and Goa stories, if infighting continues in the Congress.

"We have no role in Congress infighting. They are fighting for their own selfish goals and if this continues, definitely there will be a situation like Karnataka and Goa here," he added.

Kataria was reacting to Chief Minister Ashok Gehlot's comments at a press conference held after he presented the budget on Wednesday.

Making it clear that he was not willing to let go off the Chief Minister's chair, Gehlot at the press conference said that Congress President Rahul Gandhi appointed him Chief Minister as the people of the state wanted only him in the position and no one else.

"It was very unwanted of him to speak all this in a budget press conference. No one ever asked him about it, but he spoke on his own. This shows that his fear that Congress leadership might remove him from the state and take him to Delhi. So he has started his branding well in advance," Kataria told IANS.

Kataria said Gehlot's claim at the press conference was not right. "The Congress hadn't named anyone chief ministerial candidate before the Assembly elections. There was no CM candidate projected before Assembly elections so how can he say that people wanted him as CM and hence voted for the Congress," he asked.

He also said that two sections of leaders in the Rajasthan Congress -- one headed by Gehlot and another by Deputy Chief Minister Sachin Pilot -- had been at loggerheads with each other since months.

Kataria also asked why Congress leadership in the state was not stepping down taking responsibility for the party's poor show, when its national President Rahul Gandhi had given up his position taking moral responsibility of its defeat in Lok Sabha elections.

"Isn't it Gehlot's moral responsibility to resign when he could not even save his son from defeat in his home constituency?" he asked.

Another BJP MLA Kalicharan Saraf supported Kataria. "If such conditions (factionalism) continue, the Congress government will fall soon," he said.

However, Congress MLA Shakuntala Rawat rubbished claims by the BJP legislators. "Everything is fine in the government and there shouldn't be any worry," she said.

The BSP, which is supporting the state's Congress government, also indicated that it backed Gehlot and not Pilot at the helm. "Every caste in state wants a son of the soil as the Chief Minister of Rajasthan," said BSP MLA Rajendra Guda.

Asked if Pilot was not a son of the soil, Guda said: "But all 26 castes in the state want Gehlot as the Chief Minister," he added.

(Except for the headline, this story has not been edited by NDTV staff and is published from a syndicated feed.)
Comments
Gulabchand KatariaRajasthan GovernmentKarnataka political crisis