Congress MLA Vishvendra Singh was among the 19 MLAs who rebelled against Ashok Gehlot's leadership last year, which had led to a political crisis in Rajasthan. 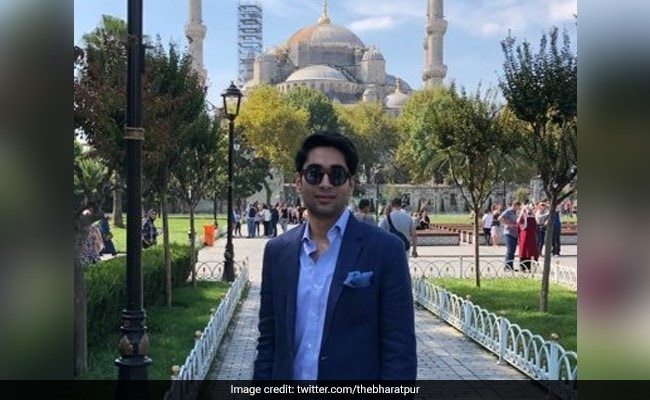 Anirudh Singh had tweeted against his father on an earlier occasion

Anirudh Singh, son of Rajasthan Congress MLA Vishvendra Singh who was sacked as tourism minister last year due to rebellion against Chief Minister Ashok Gehlot, has accused the "core team" of his father of threatening him.

"The threats are of extremely serious nature... (they are) threatening to cause all kinds of physical injuries to me and the people who accompany me," Anirudh Singh said in his complaint to Bharatpur Superintendent of Police Devendra Kumar today.

"The allegations made in the complaint are being probed... a decision on registering a case will be taken accordingly," Mr Kumar said.

Vishvendra Singh, the MLA from Deeg-Kumher (Bharatpur), could not be reached for comment.

Anirudh Singh had tweeted against his father on an earlier occasion.

Vishvendra Singh was among the 19 MLAs who rebelled against the leadership of Ashok Gehlot in July last year, which had led to a political crisis in the state.

Vishvendra Singh was the tourism minister at that time and was terminated from the cabinet along with then deputy chief minister Sachin Pilot and food and civil supply minister Ramesh Meena.