Currently, 43 beggars hailing from different states including Uttarakhand, Uttar Pradesh, and Odisha who were living in Jaipur, have been provided a shelter where Yoga, sports, and computer classes are being imparted to them. 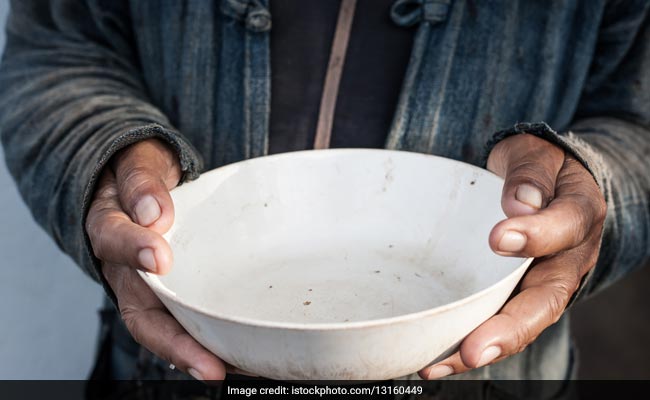 As part of campaign, it is being planned to get Aadhar cards made of these beggars.

A campaign for 'beggar-free' Rajasthan has been started in Jaipur, where beggars are being rehabilitated with the joint efforts of Rajasthan Skill and Livelihoods Development Corporation (RSLDC) and Sopan Institute of Science, Technology and Management.

Currently, 43 beggars hailing from different states including Uttarakhand, Uttar Pradesh, and Odisha who were living in Jaipur, have been provided a shelter where Yoga, sports, and computer classes are being imparted to them.

Talking about the campaign Rajasthan Skill and Livelihoods Development Corporation Chairman Niraj Kumar Pawan told ANI, "The Chief Minister of Rajasthan wanted to make the state beggar-free and rehabilitate the beggars. The RLSDC with the joint efforts of the Rajasthan Police conducted a survey on beggars in Jaipur. Then we opened 'Kaushal Vardhan Kendra' where beggars in the batches of 20 are being skill-trained. Following this, they shall be provided with jobs. Once it succeeds in Jaipur, it will be further taken to other districts of the state. We guarantee jobs for them after their training period and we expect to make them better citizens of this country through this campaign."

A Yoga trainer at the shelter said that the experience of training them is totally different from regular ones because they have to keep many things in mind while training them.

"They already have many health issues, so we had to conduct a study by talking to each one of them, to understand their physical and mental health issues. Thereafter, we came up with a customised plan to train them. We have included lot of activities in the plan. We have specifically included yoga asanas that can strengthen their physical fitness irrespective of their illnesses."

"Other physical activities that are being conducted for them include sports like football and frisbee. It has been 15 days since they started undergoing physical activity sessions and many of them have started improving their health," stated the yoga trainer.

Speaking about the amenities given to them as part of the campaign, Dhanna Lal Teli, a beggar hailing from Bhilwara said, "We wake up at 5 in the morning, get tea at 7, breakfast at 8 then undergo yoga sessions for an hour following which receive lunch at 12. I am very happy here and receiving full care."

An official from the Sopan Institute of Science, Technology, and Management involved in the campaign said that the initiative is a part of the Chief Minister's BHOR scheme - Bhikshu Orientation and Rehabilitation for poor and homeless people. Under this campaign, the beggars will be kept for three and a half months and shall be imparted skill training. The aim of the campaign is to give them a dignified life.

He further stated that as part of the campaign, it is being planned to get the Aadhar cards made and open the bank accounts of these beggars. The Rajasthan government has also committed to paying them 215 rupees per day which they can save and later on invest in their future business plans. All efforts are being made towards their holistic development, added the official.