Read inOther Languages
This Article is From Aug 09, 2020

Two men accused of beating Gaffar Ahmed Kacchawa, pulling his beard and asking him to "go to Pakistan" were arrested within six hours, the police said.

Gaffar Ahmed Kacchawa was badly beaten up by two men in Rajasthan's Sikar on Friday.

A 52-year-old auto-rickshaw driver was brutally beaten up after he refused to chant "Modi zindabad" and "Jai Shri Ram" in Rajasthan's Sikar, the police said Saturday. The two men who attacked him also pulled his beard and asked him to "go to Pakistan", the victim said. Both the attackers have been arrested.

Gaffar Ahmed Kacchawa complained to the police that the accused stole his wristwatch and money, broke his teeth and left him with a swollen eye and injuries on face after he refused to do what they said.

According to the First Information Report (FIR), around 4 am on Friday, Mr Kacchawa was returning after dropping passengers at a nearby village when the two men in a car stopped him and asked him for tobacco.

However, they declined to take the tobacco he offered and allegedly asked him to chant "Modi zindabad" and "Jai Shri Ram", the police said. 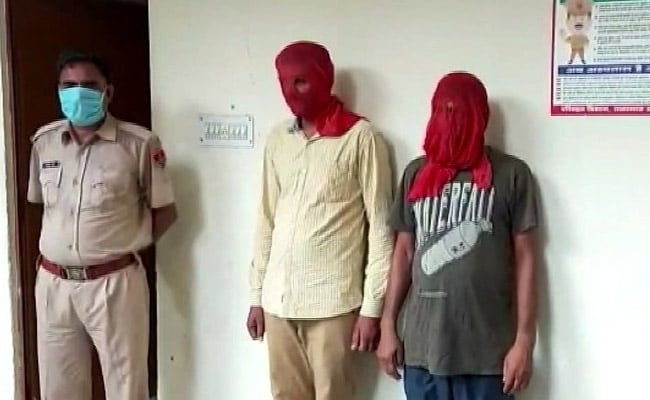 The two men were arrested within six hours, the police said.

On his refusal, they thrashed him with a stick.

"My vehicle was overtaken by another. Two people came out of it and started beating me. They slapped me and asked me to chant 'Modi zindabad'. They kicked and pulled my beard too," Mr Kacchawa told news agency ANI.

Pushpendra Singh, a senior police officer in Sikar, told news agency PTI, "We arrested two people on Friday after the complaint was lodged. Preliminary investigation suggests that the accused misbehaved and thrashed the victim under the influence of alcohol."

The accused were identified as Shambhu Dayal Jat, 35, and Rajendra Jat, 30.

"The two accused were caught within six hours of registering the case. They had some argument with him and were drunk and even demanded money from the driver," another police officer told news agency ANI.