Hundreds of Congress supporters were seen dancing to the tunes of dhol outside 24 Akbar Road, the All India Congress Committee (AICC) office, bursting crackers and distributing sweets 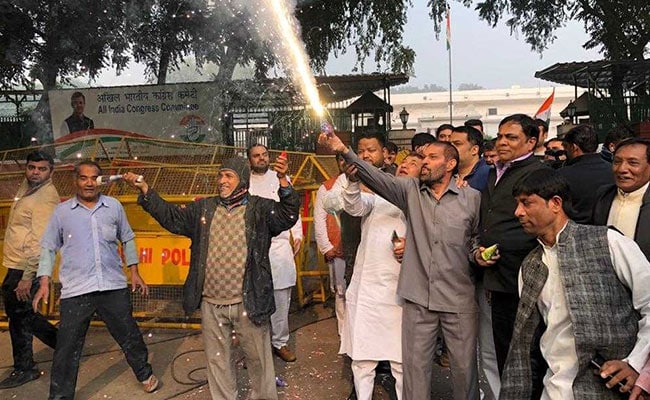 Rajasthan Assembly Election Result 2018: Festivities have begun outside the Congress office in Delhi.

As early leads suggest a big win for Congress in BJP-ruled Rajasthan, festivities have already begun in the state as well as the national capital. Huge hoardings announcing Congress' "historic victory" under the leadership of party president Rahul Gandhi have come up outside the Congress office in Delhi.

Hundreds of Congress supporters have been dancing to the tunes of dhol outside 24 Akbar Road, the All India Congress Committee (AICC) office and bursting crackers since morning. The office is well-stocked on laddoos, but distribution will only begin after the final results.

Waving placards with "Rahul Gandhi zindabad" written on them, party workers say Congress is winning in all five states. A victory for the Congress will be a huge highlight on Rahul Gandhi's career graph as a politician. 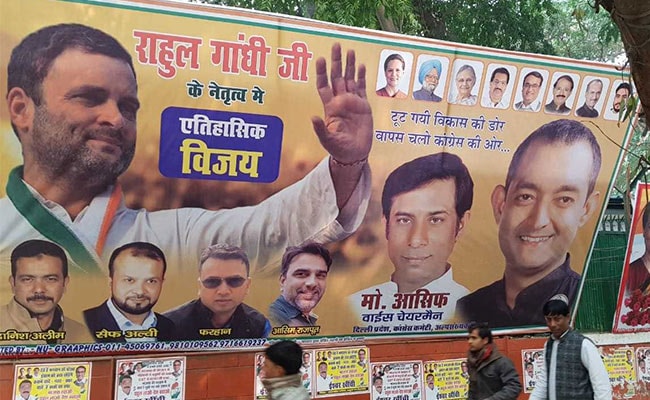 "Voters are saying it's time to burst crackers. The BJP has killed the country. There are no jobs, farmers are committing suicide and small businesses have been destroyed," Congress leader Jagdish Sharma said.

"We are very happy. Let's wait for the final results, but we are sure we are winning. We are prepared for big celebrations," said a party worker. 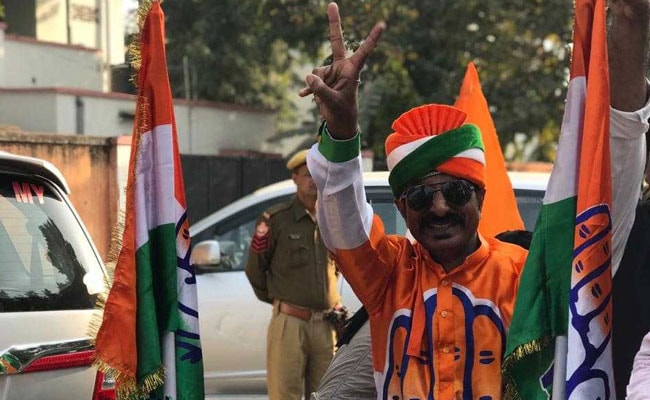 Congress workers are confident that the party is winning in all five states.

Big boxes of crackers and ladis have also arrived at the Congress office in Jaipur. Dressed up party workers began their morning with a breakfast of kachori and jalebi. They waved party flags and raised slogans praising senior leaders Sachin Pilot and Ashok Gehlot.

The Congress is racing ahead in Rajasthan and is also leading in Chhattisgarh and Madhya Pradesh, where exit polls predicted split verdicts.

In Telangana, however, K Chandrashekar Rao's party has left behind the Congress-Chandrababu Naidu alliance. In Congress-ruled Mizoram, the only state in the northeast with the party, is trailing the Mizo National Front (MNF).