The Met department forecasted thunderstorm with moderate to heavy rain over many places in Delhi and parts of Rajasthan, Haryana and Uttar Pradesh. 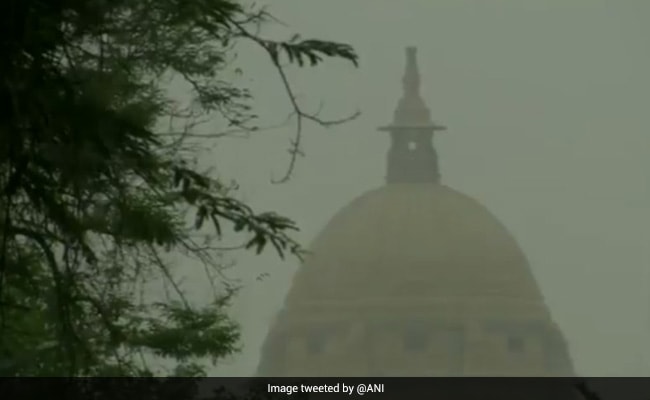 Maximum temperature in Delhi on Wednesday was 40.5 degrees Celsius

Several parts of Delhi received showers on Thursday, bringing relief to the residents from the scorching heat over the past few days.

In a weather bulletin shared on Twitter Thursday afternoon, the India Meteorological Department predicted thunderstorm or dust storm with moderate to heavy rain over many places in Delhi and parts of Rajasthan, Haryana and Uttar Pradesh.

According to the Met department, the maximum and minimum temperatures recorded at the Safdarjung weather station on Wednesday were 40.5 degrees Celsius and 26.5 degrees Celsius, respectively. The relative humidity recorded on Thursday morning was 59 per cent.

Meanwhile, secretary in the Ministry of Earth Sciences, M Rajeevan, on Thursday said in a Twitter post that extended forecast suggests monsoon will arrive in Kerala on June 1.