The Centre said the migrants "do not wish to go" and were leaving on foot only because "local instigation". 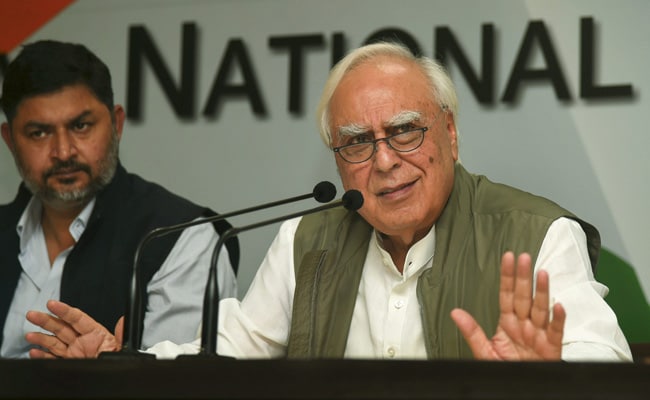 Kapil Sibal said till date, there has been no minimum standard for shelter, relief camps, food

The Indian Railways is functioning at only 3 per cent of its capacity to transport the migrant labourers and going by its own estimate, it would take 3 months to transport the 4 crore migrants in the country, veteran advocate and former Union Minister Kapil Sibal told the Supreme Court today.

At the hearing of the case, where the top court has put some hard questions to the Centre and the state regarding the steps taken to transport the migrants, the Centre had said since the special trains started on May 1, it has transferred 91 lakh migrants.

"According to 1991 census, the migrant labour was more than 3 crore. By 2020, the number should be about 4 crores. If they have transported 91 lakh people in 27 days, it should take another 3 months to transport the rest," Kapil Sibal said.

When the Centre, represented by Solicitor General Tushar Mehta, said there is a "national plan" in place, Mr Sibal said: "In your affidavit, you haven't pointed out the national plan or state plan. The Railways are right now working at 3 per cent capacity. My suggestion is that more trains should run".

The Centre said the migrants "do not wish to go" and were leaving on foot only because "local instigation".

The Centre made the same charge, when veteran lawyer Indira Jaisingh said "4 crore migrants waiting to go home", while discussing the situation in Maharashtra.

"You are instigating others to shift who don't want to shift," the Solicitor General said. "We are giving you statistics based on the press release issued by the Indian railways," Ms Jaisingh shot back.

Mr Sibal, who was representing a couple of organisations, said till date, there has been no minimum standard for shelter, relief camps, food, water, medication.

"The problem has risen due to this," he said. "There has to be coordination between national, state and district plans. All responsibility has been shifted to state governments without minimums standards," said, adding the people have been "walking away from shelters because the shelter homes are not up to standard".