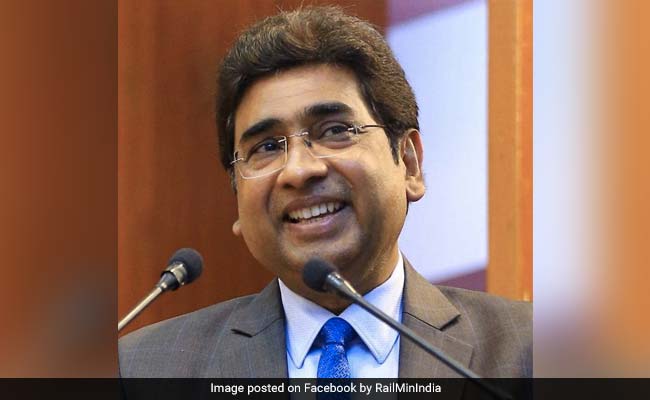 VK Yadav said so far 63 percent land has been acquired for the project.

Indicating a delay in country's first bullet train project, the Railways on Saturday said a "real timeframe" for the completion of the Mumbai-Ahmedabad bullet train plan has to be "reassessed" as the land aquisation for the project has been delayed due to the coronavirus crisis, and a clear timeline can be provided in next three to six months.

Chairman and CEO of the Railway Board VK Yadav in a press briefing also denied reports that the Japanese firms were not keen on the project, saying "it is true that the tenders and land acquisition were delayed a bit due to the coronavirus pandemic, but I can say that the project is progressing well."

Mr Yadav's comments came amid reports that the bullet train project may fail to meet its December 2023 deadline.

"In any linear project like the bullet train project, work can only begin when a certain amount of land is available. We are hoping that within the next three to six months, we will be able to get to that point where we have 90-100 per cent of the land. Our designs are ready and we are set to go...

"As the COVID-19 situation improves, the Railways will start the bidding process and within the next three to six months, we will be able to get the status of land acquired. It will then be the appropriate time to reassess the project. Once the land status is ascertained, we can provide a real timeframe for the completion of the project," the railway board chairman said.

He, however, did not confirm that the project will meet the December 2023 deadline.

Denying reports that the Japanese firms were not keen on the project, he said both Indian and Japanese companies were on board and urged people to disregard such rumours.

"It is not correct. The Japanese are very much interested in the project, there is no doubt about it. This is an extraordinary situation. It is difficult for them to come here during a pandemic and we have to keep that in mind. I want to tell you all that there is a lot of interest from everyone whether it is the Japanese companies or Indian," he said reacting to reports that Japanese firms were not interested in the project.

"Due to the pandemic situation, international travels were banned. Such kinds of projects require a lot of survey works and hence Japanese companies could not participate. We had advance information about that. As land issues improve, we will start the bidding process again," he added.

Even before the COVID pandemic, the project had been hit hard due to protests from farmers in both Maharashtra and Gujarat. It also had to contend with rising costs because of a widening gap between the Indian rupee and the Japanese yen.

Mr Yadav said that so far 63 percent land has been acquired for the project, with 82 percent acquired in Gujarat and 23 per cent in Maharashtra.

According to officials, the estimated total cost of the Mumbai-Ahmedabad project is Rs 1.08 trillion, of which 81 percent cost is planned to be funded through a 20-year loan from Japan International Cooperation Agency (JICA).

The Central government has signed a loan agreement with JICA for providing Rs 15,000 crore, of the total loan amount of Rs 88,000 crore.

The Railways has been keen on opening at least a portion of the project by August 2022, to coincide with 75 years of Independence.

While the National High Speed Rail Corporation, the implementing agency for the project, maintains that it will make it on time, a review in the next six months is expected to give a clearer picture, according to officials.