Rahul Gandhi alleged that the establishment is threatening journalists reporting on the Rafale deal. 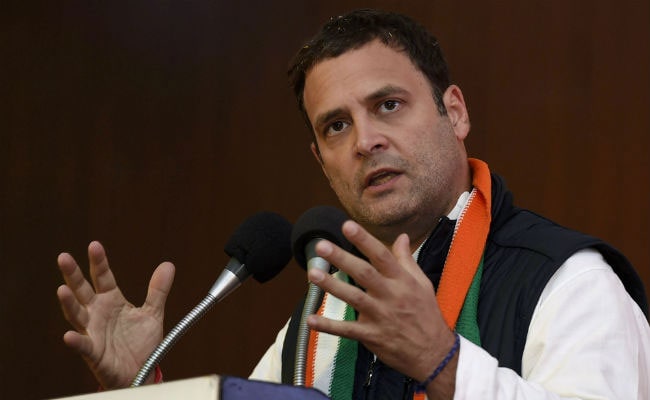 Rahul Gandhi appreciated the media persons who have defended the truth. (File)

Congress President Rahul Gandhi today took a swipe at Prime Minister Narendra Modi, saying his "minions" are threatening journalists not to report on the "Rafale Scam".

He also lauded the media persons who have the guts to defend the truth and stand up to "Mr 56".

"Supreme leader's minions are now sending threatening messages to journalists reporting on the Rafale Scam asking them to "back off or else...

"I'm really proud of the few brave press people who still have the guts to defend the truth and stand up to Mr 56," he said in a tweet.

Mr Gandhi's dig at Modi came over his "56-inch chest" remark made during the last Lok Sabha elections to tackle Pakistan and China.