Rahul Gandhi alleged that KCR supported and endorsed all moves taken by PM Modi and the RSS, including demonetisation. 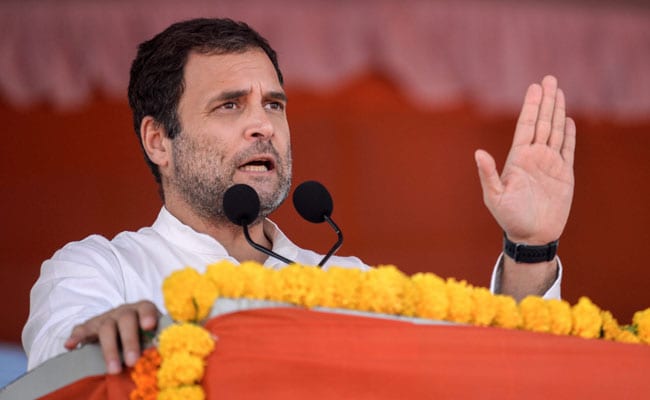 Mr Gandhi, who is the Congress' main campaigner in poll-bound Telangana, addressed a series of rallies in the state today, where he targeted Prime Minister Narendra Modi and KCR for allegedly indulging in crony capitalism and denying tribals and farmers their rights.

"KCR's only job has been to rename old Congress projects only by enhancing their costs, and getting commission for himself and his family. KCR stands for Khao Commission Rao," said Mr Gandhi at a rally in Nizamabad.

Alleging that KCR supported and endorsed all moves taken by PM Modi and the RSS, including demonetisation, Mr Gandhi said the Telangana Rashtra Samithi party - KCR's outfit - should rename itself to "T-RSS" to reflect "its bond with the RSS"

"KCR's only aim is to ensure his family rules Telangana and Modi rules in Delhi. But time is up for both," said Mr Gandhi.

The Congress president and Mr Naidu on Wednesday addressed a rally together in Telangana, where the parties of the two leaders that have been rivals for long have joined hands to contest the December 7 assembly poll.

After the rally, Mr Gandhi told NDTV that he and Mr Naidu shared a good chemistry. "We like each other. We think there is a lot we can do together and I think, you're going to see that in these next coming elections, we are going to win elections," Mr Gandhi said.