The state Congress chief was arrested on May 20 on allegations that he provided false documents regarding buses for ferrying migrant workers back to Uttar Pradesh during the coronavirus lockdown. 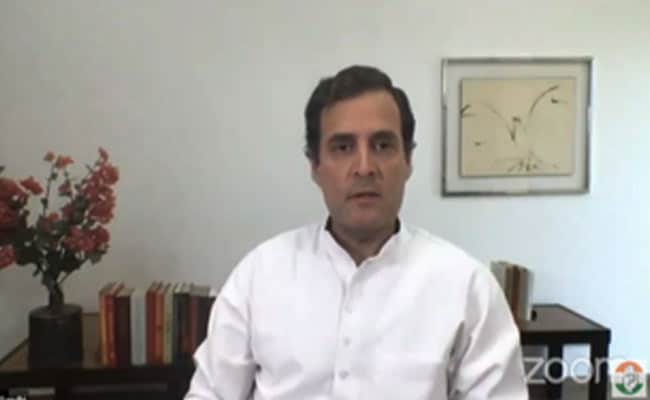 Ajay Kumar Lallu was arrested on May 20 on allegations that he provided false documents regarding buses for ferrying migrant workers back to Uttar Pradesh amid the coronavirus lockdown.

"I have seen the struggle of UPCC President Shri Ajay Kumar Lallu Ji closely. He was active night and day to help the needy at the time of a disaster," Mr Gandhi tweeted.

"The UP government is doing injustice to him by suppressing his public service. Keeping him unnecessarily in jail exposes the anti-poor mindset of the government," the former Congress chief said.

A special court on Saturday adjourned the hearing on Ajay Kumar Lallu's bail plea till June 1 after the prosecution submitted that the investigation was ongoing.