Rahul Gandhi tweeted yesterday, calling the girl "the nation's daughter - a pointed reference to accolades for India's women Olympians, who have been widely referred to as "the country's daughters"

Congress MP Rahul Gandhi met the family of the Dalit girl who was raped, murdered

Congress MP Rahul Gandhi and Delhi Chief Minister Arvind Kejriwal today each met the family of the nine-year-old Dalit girl who was allegedly raped and murdered in the city's Cantonment area on Sunday, and whose body was forcibly cremated.

"I spoke with the family... they want justice and nothing else. They're saying justice is not being given to them and that they should be helped. We will do that. I said 'I am standing with you. Rahul Gandhi is standing with them until they get justice'," Mr Gandhi was quoted by news agency ANI.

"Her parents' tears are saying only one thing - their daughter, the daughter of this country, deserves justice. And I am with them on this path of justice," he said.

Arvind Kejriwal also met the girl's family and faced a minor mishap - he fell off the platform from which he was to address the media after the visit because it was overcrowded. Mr Kejriwal was unhurt.

He has announced financial compensation of Rs 10 lakh for the girl's family.

"I met her parents. Her loss can't be compensated... but Delhi government will provide Rs 10 lakhs compensation and will order magisterial inquiry... we will appoint top lawyers so culprits get strict punishment," Mr Kejriwal told reporters after the meeting.

Yesterday Mr Kejriwal, who has called for improvements to the city's law and order situation, pledged to help the girl's family seek justice and called their daughter's death "very shameful".

"The murder of a nine-year-old innocent in Delhi, after subjecting her to brutality, is very shameful. There is a need to improve the law and order situation... culprits should be given capital punishment."

Mr Singh also said an examination of the water cooler found an electric current was passing through the machine; this appears to support the accused's claims - that the girl died of an electric shock.

"Forensic examination of the water cooler found an electric current... In the beginning, the girl's family said death was due to electrocution. Accused have also admitted death occurred due to electric current," the senior cop told NDTV, adding that tests will also be conducted on the accused's clothes.

"We will present the charge sheet soon... there is 60 days to present it," he said. 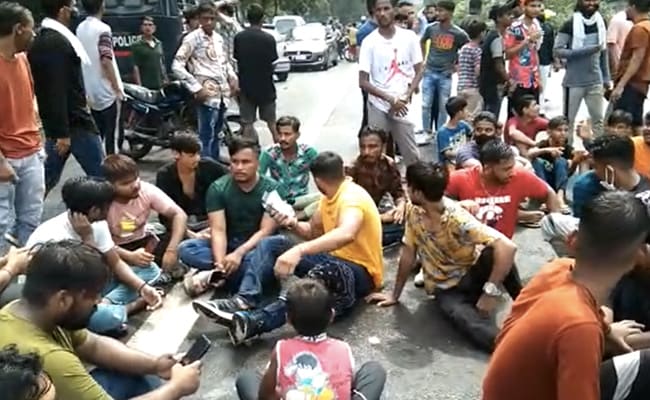 On Sunday the young girl - from a poor family and a member of a community routinely marginalised and subject to shocking abuses - had gone to the crematorium to fetch drinking water from a cooler but never returned.

Around 6 pm, locals who knew the cremation ground priest, Radheshyam, called her mother to the crematorium and showed her the body. They claimed she had been electrocuted in an accident; there were burn marks on the wrist and elbow and the lips were blue, her mother had said.

The priest and his companions then told the mother not to inform the police.

Public fury has exploded over the horrific incident - the latest to spotlight frighteningly high levels of sexual violence in the country - triggering protests by civil society groups and activists, as well as opposition leaders who have targeted Home Minister Amit Shah (to whom Delhi Police reports).

Congress leader Priyanka Gandhi Vadra and Trinamool MP Abhishek Banerjee are among those to have slammed Mr Shah and demand he be held to account.

The crime has drawn comparisons to the gangrape of a Dalit woman in Uttar Pradesh's Hathras in September last year. The woman's body was also cremated in a hurry - allegedly by the police who acted without her parent's consent and disposed of the body at 2 am in the morning.

The residents of Old Nangal - the village where the girl and her family lived - have been protesting since Sunday night, when the incident was reported.

"What was my daughter's fault? How will I live without her?" the girl's distraught mother asked yesterday as village residents staged a second day of protests.

Dalit leader and Bhim Army Chief Chandra Shekhar Aazad has already met the family, and his organisation has joined the protests.

"This is my own family. She was my sister," he tweeted, refuting claims the young girl died of electrocution - as the accused had claimed. "From Prime Minister to Home Minister everyone lives here (Delhi) still there is no sense of safety for women," Chandra Shekhar Aazad said.

Delhi Commission for Women has launched an inquiry and summoned the police.

Delhi Police have arrested the four accused, including the priest, and filed charges under stringent laws that include sections on child sex abuse and crimes against scheduled castes and tribes.

Further investigation into the crime is ongoing, police have said.