Rafale Jet And Other Star Attractions of Republic Day 2021

The annual display of India's military might will also include T-90 tanks, the Samvijay electronic warfare system and Sukhoi-30 MKI fighter jets. 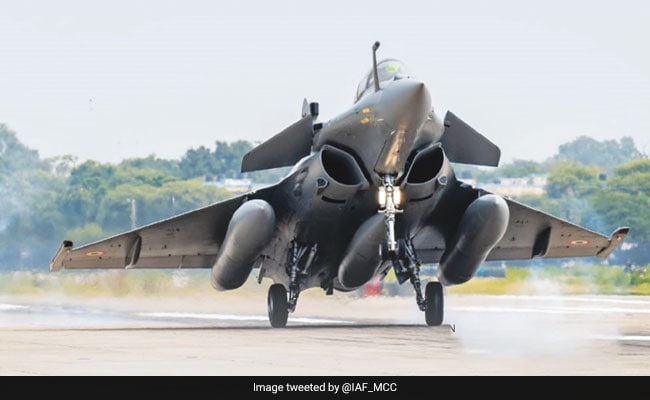 As the national celebrates Republic Day today, a parade of many firsts held in the shadow of Covid will feature a fly-past of Rafale fighter jets, the first tableau from Ladakh and a contingent of Bangladeshi armed forces.

Rafale fighter jets, India's first acquisition of fighter jets in more than two decades, will participate in the Republic Day for the first time. They will fly in a "Vertical Charlie" formation, in which the aircraft flies at a low altitude, pulls up vertically and conducts a roll before stabilising. India has received eight of the 36 Rafale fighters it has ordered, till now.

The annual display of India's military might will also include T-90 tanks, the Samvijay electronic warfare system and Sukhoi-30 MKI fighter jets.

A total of 38 Indian Air Force aircraft and four planes of the Indian Army will be in the fly-past.

A model of the upgraded Schilika weapon system will be led by the only woman contingent commander from the Army.

The Indian Navy tableau will feature models of the naval ship (INS) Vikrant and naval operations that were conducted during the 1971 India-Pakistan war.

A 122-member contingent of the Bangladesh armed forces will also march on Rajpath, showcasing the legacy of the legendary Muktijoddhas of Bangladesh, "who fought against oppression and mass atrocities and liberated Bangladesh in 1971," according to the Defence Ministry.

India is celebrating the Swarnim Vijay Varsh or Golden Jubilee year of the country's victory over Pakistan in the 1971 war that led to the creation of Bangladesh.

A total of 32 tableaus -- 17 from states and union territories, six from the Defence ministry and nine from other ministries and paramilitary forces - will be part of the parade.

In another first, the parade will have a Ladakh tableau that will depict the iconic Thiksey Monastery in Leh.

A replica of a Ram temple' and various stories from Ramayana epic will be shown in the tableau of Uttar Pradesh.

The Punjab tableau will reflect the theme of the supreme sacrifice of the ninth Sikh Guru Tegh Bahadur.