Rabri Devi, a former Chief Minister, has been attacking PM Narendra Modi regularly in rallies for the ongoing general elections. 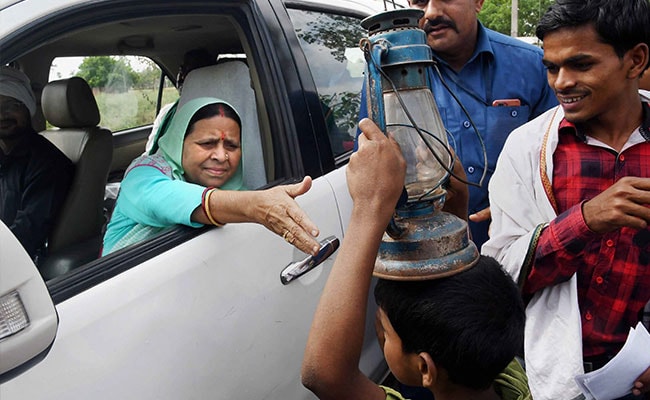 Rabri Devi said PM Modi was not Duryodhana but a jallad (executioner).

"She was wrong in calling him Duryodhana. She should have used the term 'jallad'. For one who gets judges and journalists murdered, kidnapped...such a person can only be of a savage mentality," she was quoted as saying in Patna by news agency IANS.

On Tuesday, Priyanka Gandhi Vadra, hitting out at PM Modi's comments against her father Rajiv Gandhi, had said, "The same kind of arrogance caused the downfall of Duryodhana". India has never forgiven that kind arrogance, the Congress leader warned. Speaking about former Rajiv Gandhi, a former Prime Minister who was assassinated by Sri Lankan terrorists, PM Modi had said "his life ended as corrupt number one".

Rabri Devi, a former Chief Minister, has been attacking PM Modi regularly during her election meetings and during her interaction with the media.

She is one of the star campaigners of the Rashtriya Janata Dal (RJD) in the ongoing Lok Sabha elections that the party is contesting in the absence of her husband Lalu Prasad Yadav. Lalu Yadav, convicted of corruption, is undergoing treatment at a government hospital in Ranchi.

But in 2017, Mr Kumar switched sides to partner the BJP over corruption allegations against Lalu Yadav's younger son and heir-apparent Tejashwi Yadav who was Deputy Chief Minister in his cabinet.

The RJD and the Congress are contesting elections this time in an alliance against the JDU and BJP. Bihar is voting in all seven phases of the polls that began on April 11 and will end May 19. Results are set to be declared on May 23.