Australia, the UK and the US grouping (AUKUS) is not relevant to Quad and will have no impact on Quad functioning, said Foreign Secretary Harsh Vardhan Shringla. 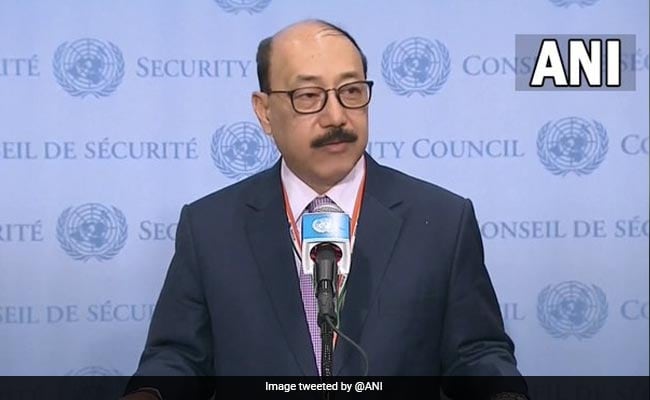 The Quad and Australia, the UK and the US (AUKUS) are not similar groupings and Australia would not have any nuclear weapons through its fresh grouping with the US and UK, Foreign Secretary Harsh Vardhan Shringla said today.

Mr Shringla said that Quad is designed to cater to the requirements of the Indo-Pacific while AUKUS is a security alliance between three countries.

"AUKUS is not relevant to Quad and will have no impact on Quad functioning," he added.

Mr Shringla also stressed that Australia has clarified that they are working on a nuclear-propelled submarine. "But it would not have any nuclear weapons, as such will not be in contravention with any of Australia's international commitments with regard to the issue of nuclear proliferation," he clarified.

He said, "Essentially, the Quad will deal with all issues that it will further see its objective of a common vision of the Indo-Pacific region that is free, open and inclusive. From that perspective, the Quad will function and will do what it takes."

Earlier this week, the US, Australia and the UK announced a new trilateral AUKUS defence partnership. The new defensive pact forced Canberra to give up on a USD 66 billion contract with France to develop 12 state-of-the-art conventionally-powered submarines.

Several countries, including Russia and Indonesia, have expressed their concern over the partnership and called for compliance with the Treaty on the Non-Proliferation of Nuclear weapons. France was angered by the fact that Australia preferred AUKUS to a $66 billion contract it signed earlier with Paris to receive 12 conventionally-powered submarines.

Mr Shringla's comments came a day before Prime Minister Narendra Modi's scheduled visit to the US. During the visit, the prime minister will have his first in-person meeting with US President Joe Biden. He is scheduled to address United Nations General Assembly and will participate in the Quad leaders' meet.

PM Modi will be accompanied by a high-level delegation including the External Affairs Minister S Jaishankar and National Security Advisor Ajit Doval.