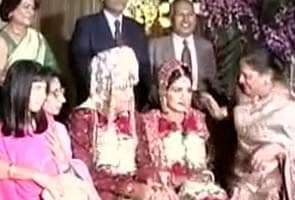 Chandigarh: Sarabjit Kaur, was married ten years ago in a lavish ceremony that stretched the budget of her father, a retired army officer.

But the groom, Gurpreet, appeared worth it. He was a lecturer at a college in Jalandhar, and appeared ambitious. He wanted to move abroad and work there. But he made it clear that his in-laws were required to fund his move.

And they agreed. But six months after the arrival of a baby girl, Gurpreet left for the United Kingdom. Without informing his wife.

For the last decade, Sarabjit has been fighting her husband and his family in court on charges of dowry harassment and domestic violence.

She last spoke a year ago to the man who deserted their daughter and her. "My husband tells me that 'my marriage with you is not registered, you cannot do me any harm,' " she said.

Like so many other women in Punjab, Sarabjit was married in a gurudwara; the wedding was not registered in court.

15,000 women in the state have been deserted in the last two decades by husbands who live abroad. The government has proposed a new law that makes it compulsory for all marriages to be registered in court.

Promoted
Listen to the latest songs, only on JioSaavn.com
The proposal that will be introduced in the Punjab Assembly last week states that any Non-Resident Indian marrying a woman from Punjab will have to fill a special form when the marriage is registered. "All the information about the groom will be kept as a record with the local officials so that if there is some problem, we can contact the concerned person," said Bikram Majithia, the minister in charge of all matters linked to Non-Resident Indians or NRIs.

"Certain do's and don'ts have also been circulated that one must verify documents and the passport number, occupation (of the groom). Marriages should not be done in haste or secrecy. The details of the groom and his family must be verified," said Arvind Kumar who heads Punjab's NRI Commission, a body that receives complaints from NRIs of Punjabi origin and helps with having them addressed.