Announcing the scheme today, Chief Minister Amarinder Singh said the state had fulfilled its promise to the youth by providing state-of-the-art smartphones 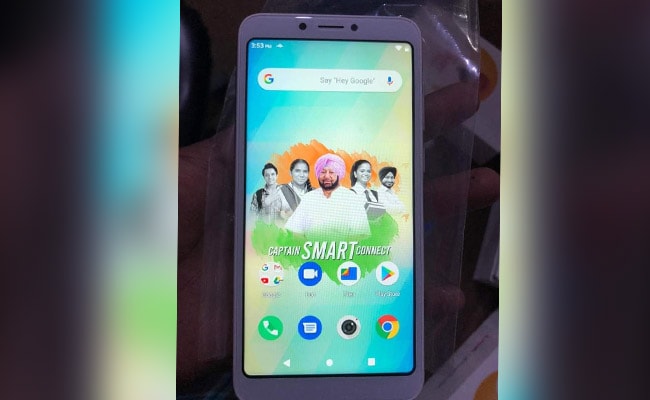 The Punjab government will distribute smartphones to young people across the state on August 12 as part of a scheme to help them access education-related content online during the coronavirus lockdown, as well as other learning material posted by the Department of School Education.

Announcing the scheme today, Chief Minister Amarinder Singh said the state government had fulfilled its promise to the people, and the youth, in particular, by providing state-of-the-art smartphones.

The Chief Minister also said that due to restrictions on movement and large gatherings, in place due to the Covid outbreak, the launch of the scheme would be split between 26 different locations in Chandigarh and across Punjab.

This would include all district headquarters and a number of other major towns and cities. A maximum of 15 students from each town or city would be invited to each launch event and given the phones, the government said.

A letter has been sent to all Deputy Commissioners in the state in this regard, asking them to organise a ''small function... following all safety measures due to COVID-19''.

The state government has committed to distributing over 1.78 lakh smartphones to Class 12 students by November this year. The phones to be distributed starting Wednesday are part of the first batch of 50,000.

These phones will come pre-loaded with government applications like ''e-Sewa App'' with e-content related to Class 11 and Class 12, as approved by the Department of School Education.

They will also come with an engraving of Chief Minister Amarinder Singh on the back, with the words ''Captain Smart Connect''.

The second batch will be procured soon and the distribution process will be completed on schedule, a spokesperson said after a Punjab cabinet meeting this week.