Punjab prisoners active on Facebook with posts and photos: report 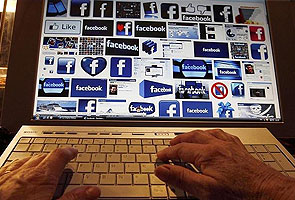 Hoshiarpur (Punjab): Smuggling of mobile phones in Punjab's prisons is passe! Armed with smart-phones, young prisoners in jails across the state are well-connected with the outside world through social networking sites, especially Facebook.

These prisoners are not only connected with their friends but are freely uploading photographs from inside the prison premises. Some of the photos are those of other prisoners lodged in these jails.

A look at the Facebook accounts of some of the net-savvy prisoners shows that they are not only communicating with others but are also getting comments about life behind bars.

"Kadd bahar aa rahe ho 22 G (when are you coming out brother)," is the question posed on the wall of a prisoner.

"Bro ji jamanat ho gayi ja nahi (brother, have you got bail or not)," asks another post, to which the prisoner replies: "Kithe pharawa andar hi ha asi Pateyale (No brother, we are inside in Patiala)."

A look at the Facebook pages of some of the prisoners shows that they are active on their accounts through smartphones and are uploading photographs of the jail complex, jail barracks and other inmates.

The prisoners are freely indulging in the social networking activity in prisons located in Kapurthala, Patiala, Ludhiana and Hoshiarpur, among other places.

One such prisoner is Billa Gujjar from Hoshiarpur. He has been sentenced to 10 years' imprisonment for a kidnapping and has been lodged in Kapurthala and Hoshiarpur jails for the last three years.

Some of the other prisoners are Amrinder Singh, Benza Nice, Kharku Jatt and others.

"If this activity is going on in Punjab's prisons, it's a very dangerous thing and has implications for our national security. A number of Pakistani prisoners and those linked with the ISI (Inter-Services Intelligence) are lodged in these prisoners. Though the social networking sites, these prisoners can link to their handlers in Pakistan," a former Punjab Police officer told IANS, preferring to remain anonymous.

Asked to comment, Additional Director General of Police (Prisons) Rajpal Meena said: "I don't know anything about this. IF you have any information, please share it."

Kapurthala Jail Superintendent G.S. Aulakh told IANS: "We have nearly 4,000 prisoners in the jail. It is difficult to monitor and stop all this activity."

Former Additional Director General of Police (Prisons) Shashi Kant, who tried to bring reforms during his tenure, said that smuggling of mobile phones and access to social networking sites could not take place without the connivance of jail officials.

Promoted
Listen to the latest songs, only on JioSaavn.com
Hoshiarpur's district police chief Sukhchain Singh Gill said: "Under Section 42 of the Jail Manual, no communication is allowed with anyone outside."

The Punjab jails department had, last year, announced starting phone service inside the prisons to enable prisoners to talk to their family members once in a while.