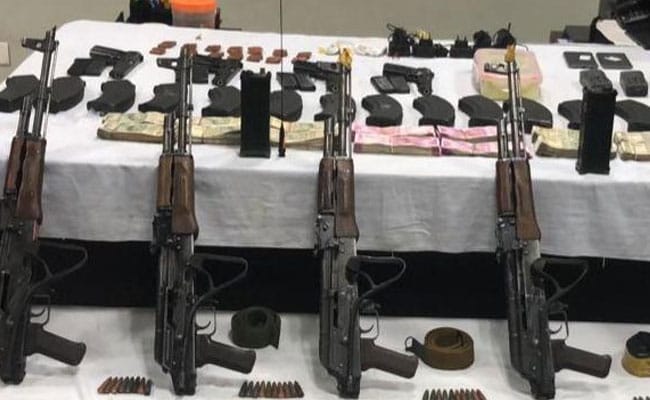 A module of banned terrorist outfit Khalistan Zindabad Force that was conspiring to unleash a series of strikes in Punjab and neighbouring states has been busted. In a major operation, state police said they had arrested four terrorists from the state's Tarn Taran district and recovered a huge cache of arms, including five AK-47 rifles and pistols, satellite phones and hand grenades. A senior police official told reporters on Sunday the weapons had likely been transported across the Indo-Pak border using drones, in an operation co-ordinated by the ISI and Pakistan-sponsored jihadi and pro-Khalistani terrorist outfits.

"The large-scale infiltration appeared to have been aimed at scaling terrorism and militancy in Jammu and Kashmir, Punjab and the Indian hinterland in the wake of the recent developments in the Valley," Dinkar Gupta, Director-General (Police), told reporters.

Both Akashdeep and Balwant Singh have multiple criminal cases registered against them.

Punjab Police's successful counter-terrorism operation, led by Ketan Baliram Patil, Additional Inspector-General (Counter-Intelligence), Amritsar, was based on inputs from sources that said the banned KZF was planning multiple strikes in Punjab, Jammu and Kashmir and other states. 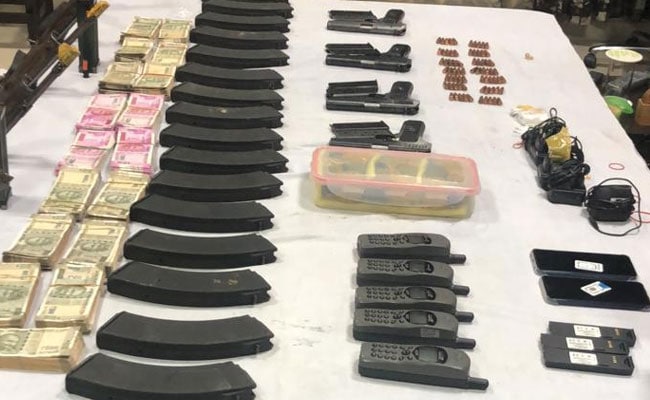 In addition to the arms and ammunition, police also recovered fake currency worth over Rs 10 lakhs

Punjab Chief Minister Amarinder Singh, recognising the case pertained to national security, has handed it over to the NIA. The Chief Minister has also requested the centre to direct the Indian Air Force (IAF) and the Border Security Force (BSF) to launch necessary counter-measures to prevent any further threat by drones to Punjab.

In addition to the arms, police also recovered more than 500 rounds of ammunition and fake currency worth more than Rs 10 lakhs.

The current anti-terror operation comes after the September 5 blasts in Tarn Taran district that killed two and injured one. That case has also been handed over to the NIA after links to the Pakistan-backed Sikhs For Justice (SFJ) were uncovered.

With inputs from PTI, IANS