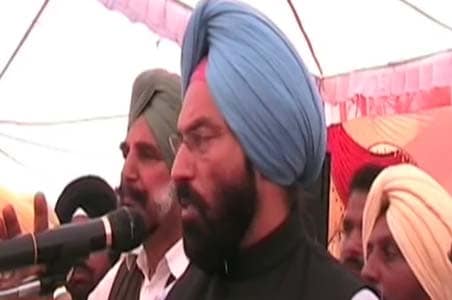 Jaipur: Senior Punjab Congress leader and Guruharsahai MLA Rana Gurmit Singh Sodhi is in the middle of a major controversy after it came to light that a Pakistani woman travelling with him stayed illegally in Jaipur.

Gurmit Sodhi, a close aide of Punjab' former CM Capt Amarinder Singh, reportedly checked into Jai Mahal hotel in Jaipur along with a group of four people. Sodhi booked three rooms in the hotel by his name and claimed that all the guests with him were family members.

Jose Mohan, SP Jaipur (South), said when he checked in, he presented his identity and described others as his family members.

But one of the members in Sodhi's group, Pakistani national Najmi Rizvi, allegedly did not have a valid visa for Jaipur. Rizvi's visa from December 24 to March 23 did not include a visit to Jaipur and Sodhi reportedly deliberately concelaed this fact.

Promoted
Listen to the latest songs, only on JioSaavn.com
Sodhi has so far refused to speak to the media on the issue. The Jai Mahal Hotel administration in Jaipur is also refusing to comment.

The police claim they passed on this info the the CID and that department is required to act. The CID has asked for Rizvi to be blacklisted but the invilvement of a congress mla and that too a close aide of the former punjab CM in an issue that breahes national security has left behind uncomfortable questions for the Rajatshan govt to answer.
Comments
JaipurPunjabMLARana Gurmit Singh