The farmers are seeking redressal of their issues, including a bonus on wheat and beginning paddy sowing from June 10. 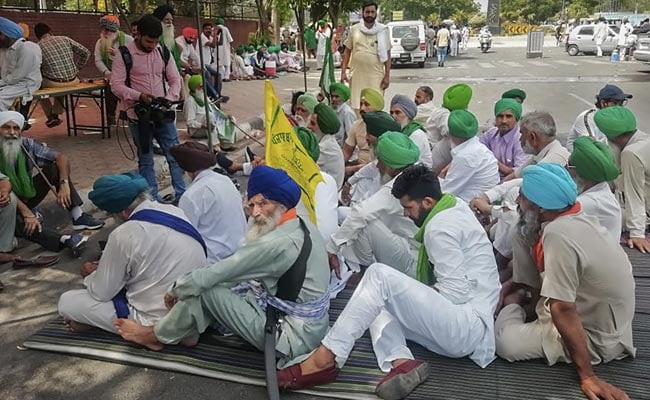 Punjab farmers on a protest near the Chandigarh-Mohali border today said that they would end their agitation. The announcement came after a meeting with Punjab Chief Minister Bhagwant Mann.

A meeting between Mr Mann and several farmer leaders took place at Punjab Bhawan to discuss their demands, including a bonus on wheat and beginning paddy sowing from June 10. The meeting lasted for more than two-and-a-half hours.

The farmers, affiliated with the Sanyukt Kisan Morcha (SKM), had given a call for an indefinite protest along the lines of the year-long agitation at the Delhi borders against the Centre's three farm laws which were repealed in response to the protests.

The protesting farmers were against the Punjab government's decision to allow paddy sowing in a staggered manner from June 18 to lessen the electricity burden and conserve underground water.