Punjab Elections: Bikram Majithia will no longer contest from stronghold Majitha where his wife has now been fielded. 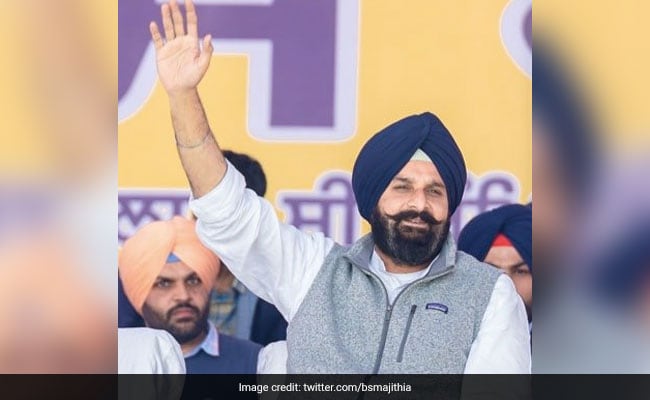 Akali Dal leader Bikram Majithia, who has been at the centre of controversy over a drugs case, has taken up rival Navjot Singh Sidhu's challenge to contest just one seat in Punjab polls. He will now fight Mr Sidhu from East Amritsar.

The 46-year-old leader will no longer contest from stronghold Majitha where his wife has now been fielded.

Bikram Majithia is a three-time MLA from Majitha.

Earlier this week, he had got relief from the Supreme Court. The court directed the state police to not arrest the Akali Dal leader till February 23 so that he can campaign for the polls.

"Sorry to say this, suddenly these cases are coming up before elections and everybody has reasons to suspect some motives," Chief Justice of India NV Ramana had said in a series of sharp comments.

But Mr  Majithia has been told to surrender before a trial court after the Punjab assembly polls scheduled on February 20.

The Akali Dal chief had earlier called the case against Mr Majithia - a minister in the former government - as "false and highly politicised".

A case was filed against him under the NDPS Act on the basis of a 2018 report of a probe into a drug racket operating in the state.

In 2017, Mr Sidhu had managed an easy win from East Amritsar. This time, however, the constituency will see one of the most high-profile contests in the state.

The results of the state polls will be announced on March 10.