On Sunil Jakhar's own defeat from Gurdaspur, which he cited as his reason for quitting, the Chief Minister Amarinder Singh said the Punjab Pradesh Congress Committee chief was not to blame for the loss. 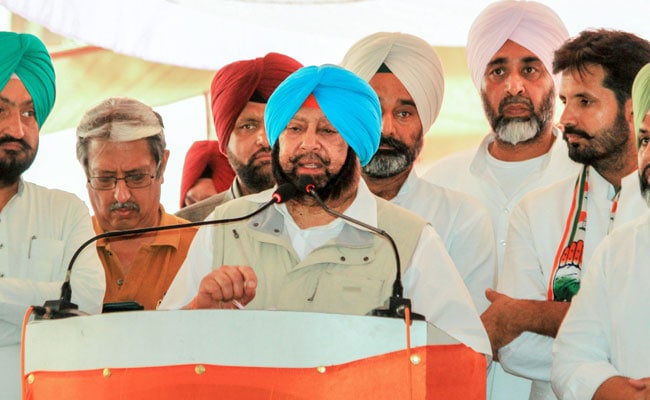 Punjab Chief Minister Amarinder Singh on Monday termed Sunil Jakhar's resignation from the post of Punjab Congress chief as totally unnecessary, given the impressive performance of the party in the state.

"Had he discussed the matter with me I would have categorically advised him against quitting as Punjab Pradesh Congress Committee (PPCC) President," Amarinder Singh said in a statement.

The Chief Minister said there was absolutely no reason for Mr Jakhar to quit.

Other state Congress presidents had quit taking responsibility for the poor performance of the party in their respective states, he said, contrasting their case with that of Mr Jakhar, under whose leadership the Punjab Congress defied all electoral trends at the national level.

Mr Jakhar led the PPCC to a great showing in the Lok Sabha elections, despite a pro-BJP wave across the country, and the state Congress needed him to further strengthen the party's standing in Punjab, said Amarinder Singh.

On Mr Jakhar's own defeat from Gurdaspur, which he cited as his reason for quitting, the Chief Minister said the PPCC chief was not to blame for the loss.

The people of Gurdaspur opted for star adulation against a seasoned politician who had worked hard for the development of the constituency in the past about 18 months, which did not at all reflect on Mr Jakhar's ability or capability, said Amarinder Singh.

The defeat of Mr Jakhar at the hands of Bollywood star Sunny Deol was unfortunate and simply showed that polity in the country was yet to evolve, he said.

He expressed the hope that the people would eventually learn to take these critical decisions based on the quality of the candidate and not on account of his or her star value.

Amarinder Singh hoped the party High Command would not accept Mr Jakhar's resignation, which was clearly the result of an emotional reaction.

Mr Jakhar has sent his resignation from the post to party chief Rahul Gandhi.

In the resignation sent three days back, he took moral responsibility for losing his seat and the party's not so outstanding performance in the state.

The Congress has won eight of the 13 seats. The Akali Dal and the BJP won two seats each while the Aam Adami Party (AAP) won one seat.