Rakesh Maria's explosive memoir, "Let Me Say It Now", claimed that Ajmal Kasab would have died as a Bengaluru resident named "Samir Dinesh Chaudhari" with a "red thread tied around his wrist". 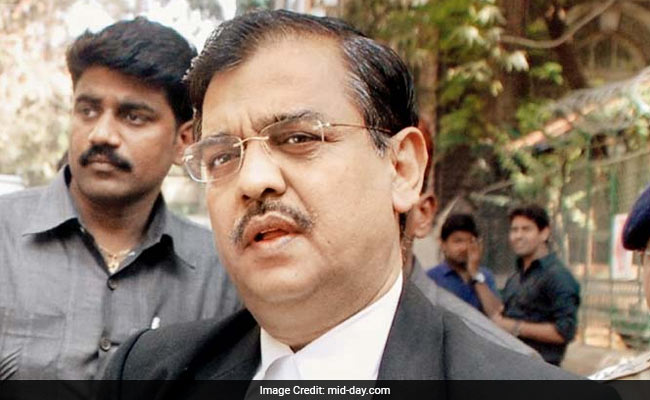 Special Prosecutor Ujjwal Nikam told reporters that he had spoken to Rakesh Maria and Mr. Maria had clarified to him that he has nowhere said that terrorist group LeT planned to portray 26/11 as Hindu terror.

After a huge row over the interpretation of certain comments about 26/11 terrorist Ajmal Kasab in the memoirs of former Mumbai police commissioner Rakesh Maria, Ujjwal Nikam - the Special Prosecutor who secured Kasab's conviction -- set the record straight on Wednesday. Rakesh Maria, he said, has not said anywhere that identity cards recovered from the terrorists who attacked Mumbai were "a ploy to portray it as Hindu terror". "He tried to say" that the media could have reported it like that, Mr Nikam added.

Rakesh Maria's explosive memoir, "Let Me Say It Now", claimed that Ajmal Kasab would have died as a Bengaluru resident named "Samir Dinesh Chaudhari" with a "red thread tied around his wrist" if the terror group Lashkar-e-Taiba (LeT) had succeeded in their plan.

"If all had gone well, he (Ajmal Kasab) would have been dead with a red string tied around his wrist like a Hindu. We would have found an identity card on his person with a fictitious name: Samir Dinesh Chaudhari, student of Arunodaya degree and PG college...Bengaluru...There would have been screaming headlines on newspapers claiming how Hindu terrorists had attacked Mumbai. Over the top TV journalists would have made a beeline for Bengaluru to interview his family and neighbours. But alas, it had not worked that way and here he was, Ajmal Amir Kasab of Faridkot in Pakistan," Mr Maria wrote.

Outlining how the identity cards were found from Kasab and the other terrorists who were already dead, Mr Nikam said the police conducted further searches after that and a police investigation "revealed the truth about whether the identity card was issued by a Hyderabad college or not".

"Which is why, I recorded the deposition of the principal of that college in Hyderabad as evidence. It was revealed that these men had procured fake identity cards so that if they had been arrested or caught before they could put their plans for 26/11 into action, they could have falsely shown that they were Indian citizens. I think this was their motive," he added.

Mr Nikam also clarified: "A lot has been said on this and I have spoken to Rakesh Maria also. He has not said anywhere that these identity cards were a ploy to portray it as Hindu terror.  He has said this to me today. He said "There would have been headlines saying that in newspapers" is what he was trying to say. This means that media could have reported it as this is what he said. Rakesh Maria has not said anywhere directly that the ISI was trying to portray this as Hindu terror."

The reference to Hindu terror in Rakesh Maria's memoirs has sparked a political row.

Union Minister Piyush Goyal had accused the Congress of plotting "a conspiracy" to project "Hindu terror".

"Why is Maria speaking now? As police chief he should have spoken then and taken action. We condemn the Congress and P Chidambaram for trying to spin a web of lies. Terrorists have no religion," he said.

Another BJP leader, Ram Madhav, said: "Some intellectuals had attempted to link the Mumbai terror attack to RSS, they had the support of Congress leaders. On Wednesday it is revealed that it was a conspiracy by ISI."

Kasab, the lone terrorist caught alive after the Mumbai terror attack, was executed in 2012.