Assam and Meghalaya share borders with Bangladesh, where thousands of Rohingya refugees are taking shelter since the ethnic clash in neighbouring Myanmar. 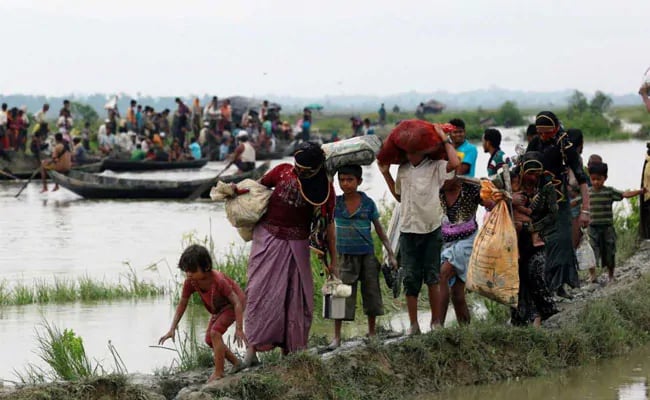 Thousands of Rohingyas fled Myanmar during a military crackdown in 2017. (File)

The National Investigation Agency (NIA) has filed charge sheets against six people from Assam and Meghalaya for their involvement in the alleged trafficking of Rohingya and Bangladeshi women into India using fake documents.

The charge sheets were filed in the NIA special court in Guwahati on Saturday.

"Investigation has revealed that the accused persons were involved in organised human trafficking of Rohingyas and Bangladeshi minor girls, women in association with other conspirators based in different parts of the India and Bangladesh. The accused persons had arranged for transportation, accommodation, procurement of fake documents etc. for the trafficked Rohingya victims," the NIA said in a statement.

The six were arrested in March this year. The NIA said that the prime accused, Kumkum Ahmed Choudhury, was operating the human trafficking network from Bengaluru.

Both Assam and Meghalaya share borders with Bangladesh, where thousands of Rohingya refugees are taking shelter since the ethnic clash in neighbouring Myanmar.

The NIA took over the case in December last year after several Rohingya refugees were arrested in Assam for travelling without valid documents.

The agency is investigating the alleged trafficking of Rohingyas and Bangladeshis into India for exploitative trades as well as for giving them passage using fake Indian documents.