In a letter to Uttar Pradesh Chief Minister Yogi Adityanath, Congress leader Priyanka Gandhi said the party will bear expenses of the buses to bring back migrant workers. 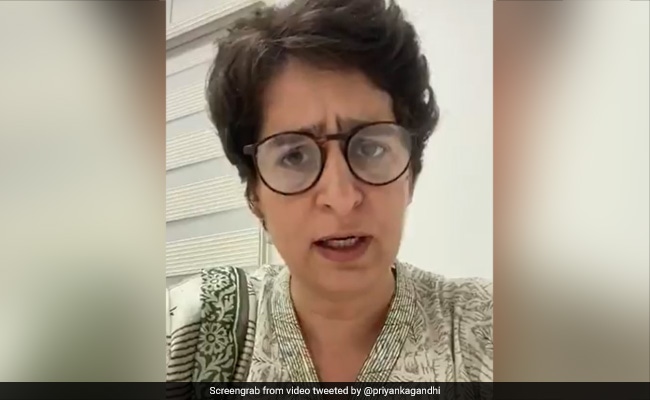 In a letter to the chief minister, the Congress leader said the party will bear expenses of their homeward journey.

A delegation led by UP Congress president Ajay Kumar Lallu and legislature party leader Aradhana Mishra handed over the letter by Priyanka Gandhi at the chief minister's office in Lucknow, a Uttar Pradesh Congress spokesman said.

She pointed out that till now 65 workers have been killed in various accidents while returning home from parts of the country. They are nation builders, who cannot be left like this, Priyanka Gandhi said, adding that lakhs of migrant labourers belonging to Uttar Pradesh are returning from different corners of the country.

"Despite continued announcements by the government, no proper arrangement has been made for their safe return," she claimed.

The Congress Party wants to run 500 buses each from the Gazipur (Ghaziabad) and Noida borders for them, she said, adding that the All-India Congress Committee will bear the entire expenses.

"We are seeking your permission to run 1,000 buses to help the migrant labourers," Priyanka Gandhi said.

"The Congress Party is committed to help them. We hope that you will help us in this," she added.